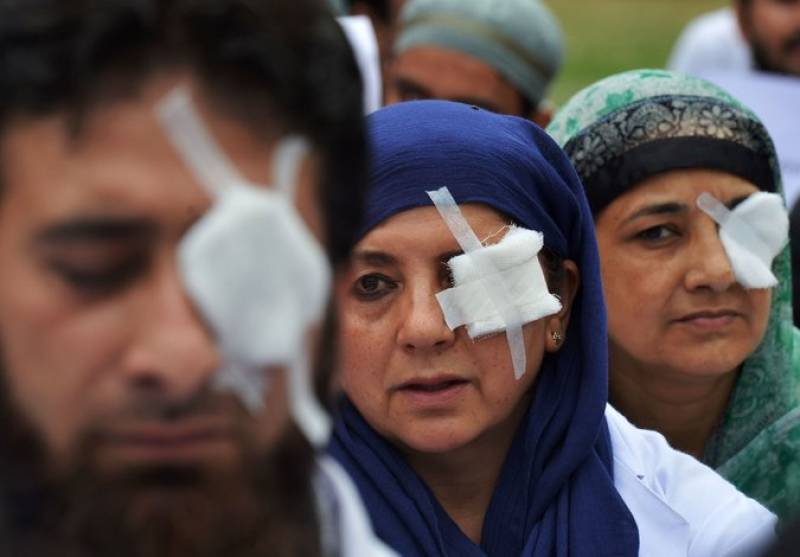 “We the peoples of the United Nations determined to reaffirm faith in fundamental human rights, in the dignity and worth of the human person, in the equal rights of men and women and of nations large and small” (Preamble), and that

“….The United Nations shall promote—

universal respect for, and observance of, human rights and fundamental freedoms for all without distinction as to race, sex, language, or religion.” (Article 55).

Pursuant to these objectives the U.N. General Assembly on December 10, 1948 adopted ‘Universal Declaration of Human Rights’. Since then Human Rights Day is being observed all over the world on 10th December every year. This Declaration is regarded as a part of the law of the United Nations containing basic human rights and fundamental freedoms and in terms of the Declaration “as a common standard of achievement for all people and all nations…”

In the Preamble the Declaration states:-

“Whereas the people of the United Nations have in the Charter reaffirmed their faith in fundamental human rights, in the dignity and worth of the human person and in the equal rights of men and women and have determined to promote social progress and better standards of life in larger freedom.”

Contrary to the U.N. Charter and the Declaration, all basic human rights and the fundamental freedoms are denied to the people of the Indian held Jammu and Kashmir State, and are continuously violated by the Indian army and security personnel.

On June 14, 2018 Office of the United Nations High Commissioner for Human Rights (UNHCHR) issued ‘Report on the Situation of Human Rights in Kashmir for the period June 2016 to April 2018 which reflects oppressive methods adopted by Indian authorities and army in Kashmir. Some excerpts thereof are reproduced below:-

“In responding to demonstrations that started in July 2016, Indian security forces used excessive force that led to unlawful killings and a very high number of injuries. Civil society estimates are that 130 to145 civilians were killed by security forces between mid-July 2016 and end of March 2018, and 16 to 20 civilians were killed by armed groups in the same period. One of most dangerous weapons used against protesters during the unrest in 2016 was the pellet-firing shotgun, which is a 12-gauge pump-action shotgun that fires metal pellets.” (Para 4). 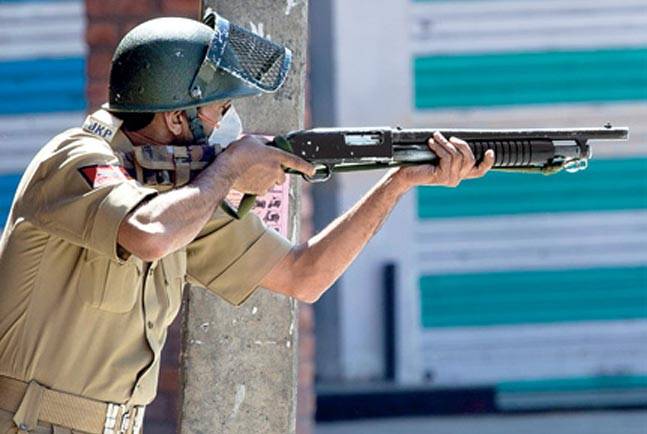 “In 1990, India introduced the Armed Forces (Jammu and Kashmir) Special Powers Act (AFSPA) to manage the armed groups that had emerged by the end of the 1980s over objections to Indian control over Kashmir. A large number of Indian security forces were subsequently deployed to Kashmir with allegations of resulting serious human rights violations. Civil society and media often cite the figure of 500,000 to 700,000 troops which would make Kashmir one of the most militarized zones in the world. The allegations of human rights violations include torture and custodial deaths, rape, enforced disappearances and extrajudicial executions. At the same time, armed groups are believed to have been committing significant human rights abuses, including hostage-taking, targeted killings, and indiscriminate attacks against civilians. In additional to serious human rights violations resulting from the militarization of Kashmir. Kashmiris have also complained of high unemployment, interference with local elections, and denial of their right to self-determination”. (Para 40).

“There have been conflicting estimates by authorities on the number of people killed during that period. In January 2017, Jammu and Kashmir Chief Minister Mehbooba Mufti told the state assembly that 78 people including 2 police officers were killed in the 2016 unrest. However, on 12 January 2018, the state government of Jammu and Kashmir informed the state assembly that 51 people had been killed during the unrest in the Kashmir region between 8 July 2016 and 27 February 2017. The state government also said that 9,042 people had been injured during protests in the same period including through injuries sustained from the use of bullets, metal pellets and chemical shells.” (Para 64).

“The Central Reserve Police Force claims the pellet-firing shotgun is the “least lethal” option they have at their disposal for crowd-control. However, pellet shotgun use by law enforcement agencies resulted in multiple deaths and serious injuries of hundreds civilians between 2016 and 2018. According to official figures presented in the Parliament, 17 people were killed by pellet injuries between July 2016 and August 2017. According to information received by the Jammu and Kashmir State Human Rights Commission (SHRC) from 10 districts of the Kashmir Valley, 1,726 people were injured by metal pellets in 2016. In January 2018, Chief Minister Mehbooba Mufti stated before the state assembly that 6,221 people had been injured by pellet guns in Kashmir between 8 July 2016 and 27 February 2017; among the victims, 728 had eye injuries. The Chief Minister reported that 54 people suffered some form of visual impairment due to pellet injuries”. (Para 80).

“In the 2013 report on her mission to India, the Special Rapporteur on violence against women, its causes and consequences, said, ‘Women living in militarized regions, such as Jammu and Kashmir and the north-eastern states, live in a constant state of siege and surveillance, whether in their homes or in public. Information received through both written and oral testimonies highlighted the use of mass rape, allegedly by members of the State security forces, as well as acts of enforced disappearance, killings and acts of torture and ill-treatment, which were used to intimidate and to counteract political opposition and insurgency. The Special Rapporteur added that she was “not informed of any measures to ensure accountability and redress for victims.” (Para127).

“One significant case that illustrates the State’s failure to investigate and prosecute allegations of sexual violation and addressing impunity for sexual crimes in Kashmir is the Kunnan – Poshpora mass rape which took place 27 years ago and for which attempts to seek justice have been denied and blocked over the years by the authorities at different levels”. (Para 129)

In the conclusion the Report inter alia states, “There remains an urgent need to address past and ongoing human rights violations and to deliver justice for all people in Kashmir who have been suffering seven decades of conflict.…”

Another fundamental right which is being denied to the people of the State of Jammu and Kashmir is the right of self-determination guaranteed by the U.N. Charter and the International Law. The International Covenants of Human Rights provide:-

“All people have the right of self-determination. By virtue of that right they freely determine their political status and freely pursue their economic, social and cultural development.”

“By virtue of the principle of equal rights and self-determination of peoples enshrined in the Charter of the United Nations, all people have the right freely to determine, without external interference, their political status and to pursue their economic, social and cultural development, and every state has the duty to respect this right in accordance with the provisions of the Charter.”

“Noting, with satisfaction that both India and Pakistan desire that the question of the accession of Jammu and Kashmir to India or Pakistan should be decided through the democratic method of a free and impartial plebiscite.”

This principle was reiterated in all the subsequent Resolutions of the Security Council for solving Kashmir dispute peacefully. In the Resolution dated 2 December, 1957 the Security Council held, “Observing further that the Governments of India and Pakistan recognize and accept the provisions of the Resolution dated 21 April, 1948 and of the Resolutions of the UNCIP dated 13 August, 1948 and 5 January, 1949 which envisage in accordance with their terms the determination of the future Status of the State of Jammu and Kashmir in accordance with the will of the people through the democratic method of a free and impartial plebiscite…”

Needless to say that the Resolutions of the Security Council or regional agreements, such as the Shimla Agreement of 1972 for resolving the Kashmir dispute, shall always be subject to the U.N. Charter and the laws framed under it, in terms of Article 103 of the Charter. One such law is contained in U.N. General Assembly Resolution 2625/1970 which elaborates the principle of self-determination as follows:-

“The establishment of a sovereign and independent State, the free association or integration with an independent State or the emergence into any other political status freely determined by a people constitute modes of implementing the right of self-determination by that people.”

Past 71 years have established that militarization and military operations or imposition of Governors rule or installing proxy governments from time to time, can never solve Kashmir dispute. The only way to solve this dispute is to allow people of the State of Jammu and Kashmir to determine their political status, freely and fairly. Until then peace and the development in the region shall remain illusory.