Born This Way: Not MY Fault 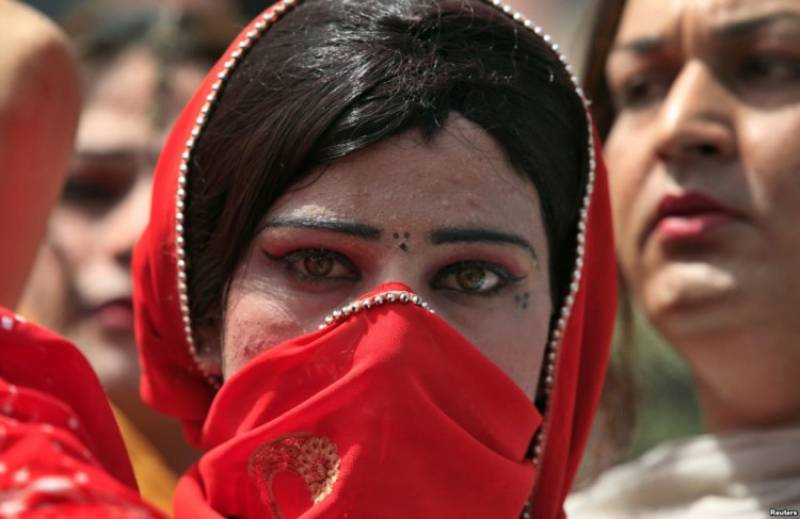 Since the beginning of time, there has been endless debate over the acceptance of the third gender. As human beings, we have no right to question over someone’s gender yet people have a continuous argument about not only the acceptance of the third gender but about their fundamental living rights as well. Scientific research will not bring a resolution. Not merely because the question is large and complex and the study is narrow and detailed, but because the reason for the debate is the implications of its outcomes. They have a desire to demonstrate the normal human behavior to their fellow beings as they do not belong to the two specific genders of the world. Chauvinists use this reasoning to argue for inherited sexual differences that will excuse their behavior towards transgenders.

It is nature that has led them to be transgender; they did not choose to be one. Did anyone ask you what gender you would have liked to be born with? No! So why does society, especially the Pakistani community, have a hard time to accept it?  All the transgender except for few all have been questioned about their identity, to which their only reply that too with tears is: “I was born this way.” “This is how God made me.” “I can’t help it; it’s not my fault; it’s in my DNA.”

The main reason for non-acceptance of transgender in the society is the rejection they had to face from their family from the very first day they came into this world. There are many cases where parents leave their transgender kids with other transgenders to save themselves from the questions of the community. Even if people do not send their transgender children somewhere, they ask them to lead their life as a man or woman all their life, putting them into the endless guilt of not being a man or a woman.

Apart from their parents not accepting them as who they are, the way people treat transgenders in Pakistan is disgusting. From children to elders, people look at them with loathing and disgust. People teach their children to not to go close to them as they live differently. Has anyone thought about why he or she lives and works differently? What makes them live like this? It is the Pakistani society that has created a dilemma that people are not meant to be touched or talked to. There was no assurance of fundamental rights of transgenders in Pakistan until April 2018.

TransAction Alliance-Blue Veins have recognized 46 killings of TGs and 300 brutal assaults on them over KP from January 2015 to July 2016. In Punjab, the KSS recorded 70 occurrences of residential mishandling in 2015. There has been no information on murders, savage attacks or residential mishandling from any Sindh-based association. Vision's mapping study found that 82% of TGs had endured sexual molestation in their youth.

Pakistan’s parliament passed a historic bill in April 2018 that allows citizens to self-identify their gender on all official documentation and protects the rights of its transgender citizens. This act is known as the Transgender Persons (Protection of Rights) Act.  It’s a significant milestone for the conservative South Asian country. While Pakistan issued its first passports with a third gender category, "X," last year, the groundbreaking bill gives people the right to choose between male, female, “a blend of both,” or neither, regardless of the sex they were assigned at birth. Even Coke Studio season 12 took a step by involving transgender in their team, to make them feel important and part of society.

The few organizations in KP and Sindh have transgender appointed in some of the government offices. In Sindh, a handful of transwomen had been employed as tax recovery officers in the Karachi Cantonment Board, as focal persons in the Karachi Commissioner’s Office and in the Social Welfare Department. In Khyber Pakhtunkhwa, a member each of the TransAction Alliance (TAA) was found employed in the Local Governments and the Irrigation department.

The government has also taken steps for the education of the transgender, by inaugurating the first transgender school –“The Gender Guardian” in Lahore on 15th April 2018. According to statistics, 98% of transgenders are deprived of the primary education. Therefore, this school will help to fill the illiteracy gap of the transgender community as well as the county.

The Pakistani parliament has finally started to give the long lost respect to transgender.  From schools in Lahore to equal voting rights, from laws guarantying their fundamental rights in the future to driving approval, there is finally a beginning. However, there is still a long way to go and the need for the whole nation to accept them wholeheartedly. Where children are not asked to stay away from the third gender, instead children are educated to respect them as an equal part of the society. Most importantly, where their family treats them as a respectful member.