How will Syrian conflict play out under Trump administration? 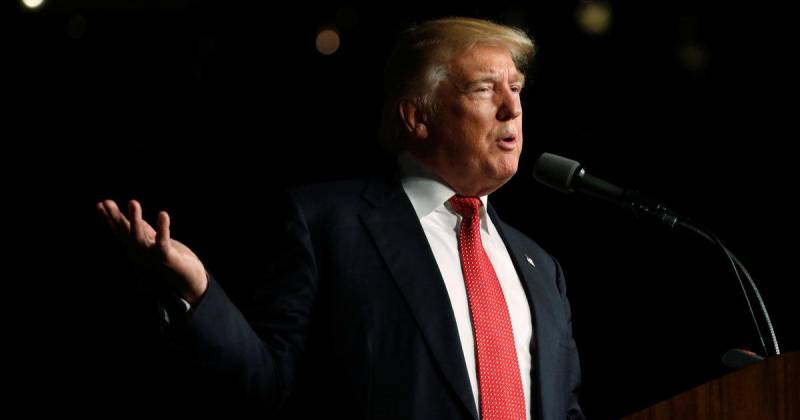 A recent article in the Washington Post has carried a rather paradoxical headline: “Hezbollah, Russia and the US help Syria retake Palmyra,” but it also offers clues as to how the Syrian theater of proxy wars might transform under the new Trump administration. Under the previous Obama administration, the unstated but known policy in Syria had been regime change, and any collaboration with the Syrian government against the Islamic State had simply not been on the cards.

The Trump administration, however, looks at the crisis in Syria from an entirely different perspective, a fact which is obvious from Donald Trump’s statements on Syria during and after the campaign. Being an ardent supporter of Israel, Donald Trump has assured Benjamin Netanyahu that he will regard Israel’s regional security as seriously as that of the US, therefore it is implausible that the Trump Administration would directly collaborate with the Syrian government, Hezbollah, or the Iranian resistance axis in general which is the single biggest threat to Israel’s regional security.

It is mentioned in the aforementioned article by Liz Sly, however, that the US has carried out 45 air strikes in the vicinity of Palmyra against the Islamic State targets in the month of February, which must have “indirectly” helped the Syrian government and Hezbollah militia recapture Palmyra along with Russia’s air support.

As I have mentioned before, expecting a radical departure from the six-year-long policy of training and arming Sunni militants against the Shi’a regime adopted during the Obama administration is unlikely. However, Trump regards Sunni jihadists as a much bigger threat to America’s security than the former. Therefore some indirect support and a certain level of collaboration with the Russians and the Syrian government against the radical Sunni Islamists cannot be ruled out.

Here let me emphasize that President Trump has been in office for less than two months. It’s too early to predict his approach to the region once he has been fully briefed and has assumed a position of responsibility. His stance on the Middle East region and Syria in particular will unfold in the coming months and years.

What would be different in the respective Syria policy of the two markedly different US administrations, however, is that while the Obama administration did avail itself of the opportunity to strike an alliance with Kurds against the Islamic State in Syria and Iraq, but it was simply not possible for them to come up with an out of the box solution and use Shi’a militants against Sunni jihadists.

The Trump administration, however, is not hampered by the botched legacy of the Obama administration in Syria, and therefore it might align itself with the Kurds as well as the Russians and the Syrian government against the Islamic State militants in Syria.

Two obstacles to such a natural alignment of interests, however, are: firstly, Israel’s objections regarding the threat that Hezbollah poses to its regional security; and secondly, Turkey which is a NATO member and has throughout nurtured several Sunni militant groups during the six-year-long civil war, would have serious reservations against the new American administration’s partnership not only with the Russians and the Syrian government but also with the PYD/YPG Kurds in Syria, which Turkey regards as an offshoot of separatist PKK Kurds in southeast Turkey.

Although the Sunni Arab militants have also scored numerous victories in their battle against the Shi’a regime, but their battlefield victories have mostly been ephemeral. They have already been evicted from Ramadi and Fallujah in Iraq and their withdrawal from Mosul against the Iraqi armed forces with American air and logistical support is only a matter of time.

Notwithstanding, as I have already mentioned that for the first three years of Syrian civil war, from August 2011 to August 2014, an informal pact had existed between the Syrian government and the Syrian Kurds against the onslaught of the Sunni Arab militants, until the Kurds broke off that arrangement to become the centerpiece of the Obama Administration’s policy in the region.

According to the aforementioned pact, the Syrian government had informally acknowledged Kurdish autonomy and in return the Kurdish militia had defended the areas in northeastern Syria, particularly al-Hasakah, alongside the Syrian government troops against the advancing Sunni Arab militant groups.

Moreover, it would also be pertinent to mention that, unlike the pro-America Iraqi Kurds led by Massoud Barzani, the Syrian PYD Kurds as well as the Syrian government are also ideologically aligned, because both are socialists and have traditionally been under Russian sphere of influence.

1- Hezbollah, Russia and the US help Syria retake Palmyra.

COVID-19: Conflict in Pakistan and World

Trump is disparaging the world order

Kashmir dispute and Kashmiris: Right to self-determination under international law

Life under the shadow of guns - journalist before and after attack