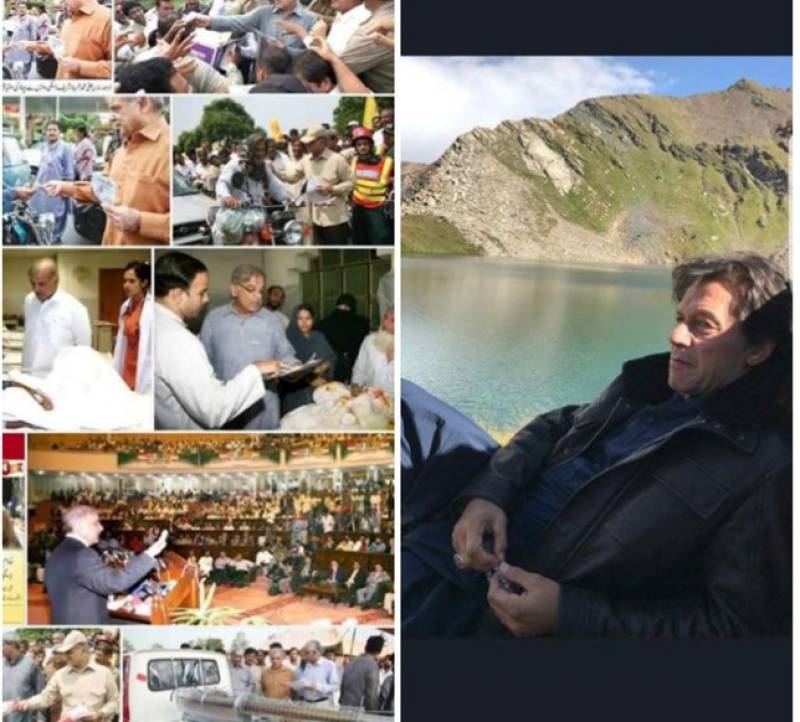 Leading a province towards prosperity, that too while striking a balance of educational and health related initiatives, is not that easy.  Even the current scenario has proved that only seasoned and professionally dedicated administrators or leaders can actually take the nation to the height others only continuously.

While the leader of the dengue-affected province Imran Khan is enjoying summers in the high mountains of Northern Areas, the chief minister of the neighbouring province, Shehbaz Sharif is seriously concerned about the alarming situation of dengue spread in KPK.

The CM of Punjab province has sent several doctors’ teams, health units and many political leaders to Khyber Pakhtunkhwa to help out the dengue-affected people of KPK.

Upon getting telephonic instruction from CM Shehbaz Sharif, the Punjab Health Minister Khawaja Imran Nazir sent the Director General Health Punjab along with four entomologists to KPK along with mobile health unit. Shehbaz Sharif himself called the CM KP Pervaiz Khattak and offered whatever required to fight dengue. Health Minister Punjab along with teams of doctors left for KPK at 11 am Saturday. Governor KPK Iqbal Zafar Jhagra and Chief Minister Parvez Khattak were also on board.

Punjab had controlled dengue years ago, according to a survey conducted in 2011 by Gallup. 86% of the people have called the performance of Punjab Chief Minister Shehbaz Sharif in the fight against dengue as “good and satisfactory”.

On the other hand, a national daily reported a demonstration where residents of Tehkal area of Peshawar chanted slogans against the Khyber Pakhtunkhwa government’s failure to control the dengue virus. The protesters also chanted slogans against District Nazim Arbab Asim and complained that the dengue virus has become an epidemic as it has caused several deaths, while hundreds of others have been hospitalised in the province.

They said that district and health administration officials visit the area for a photo session. “District Nazim Arbab Asim cancelled his visit to the area fearing he may contract dengue fever,” commented a local resident,’ a news published in a national daily today.