Have Bangladesh's War Crimes Tribunals fanned terrorism in the country? 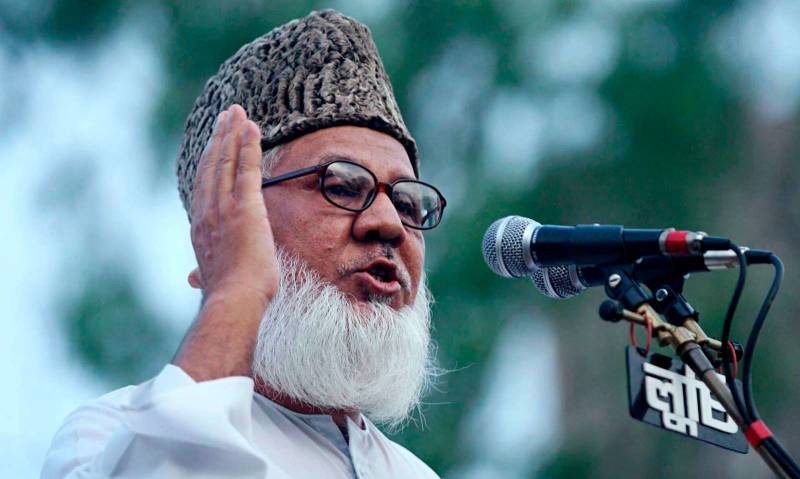 Under this agreement Pakistan and Bangladesh agreed to bring back and rehabilitate their respective stranded nationals.

The then prime minister of Bangladesh Sheikh Mujeeb said that he wished people could forget the bitterness of the past and start a new era, adding that People of Bangladesh knew how to forgive.

Therefore, the agreement paved the way for return of 195 prisoners of war. It was also ascertained that if the principle accused in war crimes have been pardoned then this amnesty must also be valid for local facilitators who were termed “Pro Pakistan”. These included volunteers from Jamat e Islami and other organizations including Al Badar, Al Shams and Military supported local organization Ansar. Bangladesh used the term 'collaborators' for them.

General Zia Ur Rehman led Government in 1979 restored Jamat e Islami and so its leadership gradually started to participate in mainstream politics. Eventually, Awami Leauge of Sheikh Haseena Wajid, Khalida Zia led Bangladesh party and other parties of leftist and rightist ideology including Jamaat e Islami started a combined movement against the dictatorial rule of General Muhammad Hussain Irshad in 1980.

After the cessation of General Irshad rule, the then Secretary General of Jamaat e Islami, Mati Ur Rehman, contested general elections of 1991 against a candidate of Awami League and bagged 57% votes. He remained member of parliament for five years.

Awami Leauge, after a gap of twenty years, came to power for the second time in 1996 after combating Khalida Zia and her allied parties but Awami League didn’t have the war crimes of 1971 on its agenda back then. Maybe the reason for this was that the Awami League did not have 2/3rd majority in the parliament and faced a powerful opposition.

Mati Ur Rehamn Nizami replaced Professor Ghulam Azam as Ameer when he retired due to old age in 2001.

A four party alliance under the leadership of Bangladesh National Party won once again in 2001 local elections. Matee Ur Rehamn Nizami was made a Minister of Agriculture and then Minister for Industries under this government. The 2006 interim setup raised the slogan of accountability and eradication of corruption with the help of the Army.

The interim stint completed its term in 2009 and Awami League won with a two third majority. During this election campaign Sheikh Haseena started talking about accountability of 1971 war criminals for the first time.

Through an amendment, Sheikh Haseena Wajid revived the laws of War Crime Tribunals which were discontinued since the trilateral agreement of 1974. At first, these tribunals were welcomed but after sensing an attitude of vengeance obvious deviations from international standards of justice, organizations like Human Rights Watch and Amnesty International started raising questions about these tribunals.

Although Awami League grabbed two third majority in the 2014 local elections, the victory became dubious due to collective boycott of elections by the major opposition parties.

Dilawar Hussain Syedi is the only leader whose death penalty was converted to life imprisonment while former chief Professor Ghulam Azam was sentenced to 90 years of imprisonment.He died in jail at the age of 91 in October 2014.

Now the question is that after 45 years of independence when the third generation of Bangladeshis is coming of age and Bangladesh has completely changed, will these punishments unite or divide the society?

Jamaat e Islami was banned again in 2013. During the last 5 years, new extremist groups have emerged in Bangladesh. Most of these groups are influenced by ISIS and Al Qaida and, instead of the political process, they only believe in violence.

Most prominent among these are Ansar Ullah Bangla Team and Jamaat ul Mujahideen whose supporters have killed 9 writers, bloggers, journalists and teachers in last 14 months. Worship places of Shia community were attacked for the first time and several bomb attacks were carried out.

The vacuum created as a result of squashing Jamaat e Islami from peaceful mainstream politics was filled by extremist groups instead of leftist parties. Hundreds of disillusioned young men from Jamaat e Islami will prove to be a goldmine of manpower for these extremists groups.

On top of all that, the freedom of media is not only threatened by extremist groups but also by strict government laws.

According to the report of Freedom House, an organization that keeps an eye on international standard of journalistic freedom, media in Bangladesh was demoted from “Partly Free” in 2015 to “Not Free” in 2016.