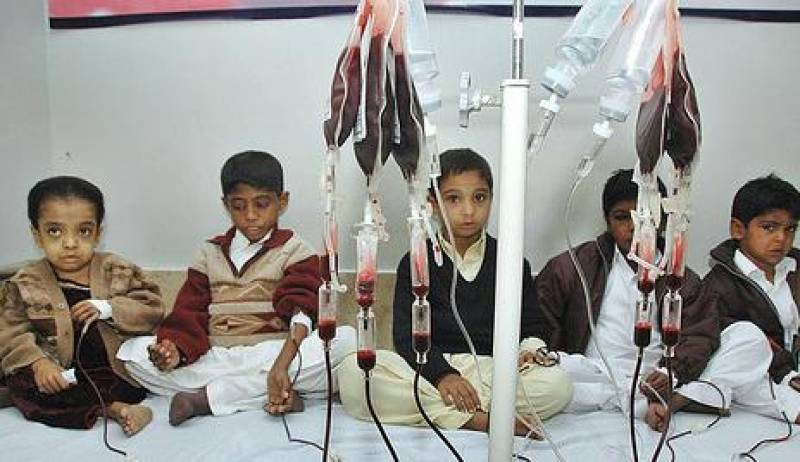 LAHORE – Doctors in Punjab's capital city carried out the first ever successful bone marrow transplant at a public sector hospital earlier this week.

The procedure was carried out at Children’s Hospital by a team of doctors led by project director Dr. Tahir Shamsi. The team behind the effort credited it to the Chief Minister Shahbaz Sharif.

It was the CM’s exertions that led to this great achievement – but there is one more person who needs to be given due credit and acknowledgment.

Mrs. Ammara Farooq Malik – a woman of sheer will, determination and nerves stronger than most of us – started her struggle to bring BMT facility in Lahore seven years ago. The reason - which drove her to put her energies into something which would benefit hundreds of people - is both painful and amazing.

The mum-of-three gave birth to a beautiful baby girl named ‘Amal’ in September, 2003. Unfortunately, the first introduction of Amal to the world wasn’t all butterflies and fireworks – she suffered from a Rare Enzyme Deficiency, which required a blood transfusion at the age of 8 hours. The pain and suffering didn’t stop there; the little one had to go through over 155 blood transfusions and two Bone Marrow Transplants in years to follow.

The wretched story had a beautiful ending and Amal eventually got well, but Amara Farooq didn’t take it for granted.

Seeing her little daughter go through so much pain, facing the racism faced at the hands of other patients at a hospital in Italy, and realizing that not many people could afford to take their children to private sector hospitals or abroad, she started the struggle to bring the facility in Lahore. She talked to the medical staff in Italy and here in Pakistan – got in touch with Dr. Shamsi as well, yet even though an understanding was reached, the efforts couldn't be continued due to various reasons.

However lack of enthusiasm of most doctors, the political approach in medical sector, hurdles with the mafia of pharmas, and the failures to turn her dream into reality, didn’t let any of it disappoint Mrs. Malik – a true optimist.

She kept up the good work through SEPLAA – a social enterprise she had built as a Sadqa-e-Jaria for her family. It was seven years after her continuous struggle when she got the news from Dr. Shamsi that the seeds she sown were finally giving fruit in the form of new BMT facility at the Children's Hospital in Lahore.

Imagine the pain and strength of a mother - whose daughter is struggling with a rare deficiency, whose treatment isn’t easily available, the doctors aren’t empathetic – yet she doesn’t give up, and does everything possible not only for her daughter but for others as well.

Even after fourteen years – as a mother – it is difficult for her to talk about the horrors of time when she was swinging between hope and uncertainty but her resolve to help other people made her open up just a little. The full-time mother to three beautiful children, devoted wife, and peace enthusiast is keen on promotion of awareness about blood disorders and BMT.

Her daughter, Amal is doing exceptionally well and is a very bright young girls who is an advocate for peace and an active part of the SEPLAA Young Leader’s Club.