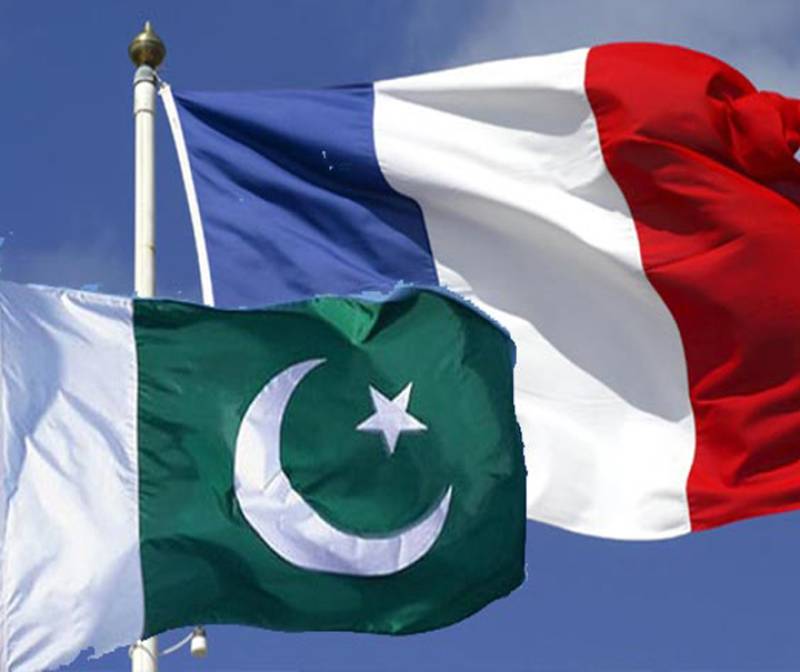 It is a great honor and pleasure for me to address readers in Pakistan on the occasion of the National Day of France.

The storming of the Bastille jail on July 14th, 1789 was the starting point of the French Revolution and has been celebrated every year since as the French National Day. “Liberty, Equality, Fraternity” became our national motto.

On May 7 this year, by electing President Emmanuel Macron, the French people have reaffirmed their faith in these values. They have launched a message of hope, optimism and renewal. Today, in the testing times the world is going through, more than ever, we need to celebrate these humanist values: the boldness of freedom, the stringency of equality, the desire for fraternity.

At the international level, France is willing to shoulder all its responsibilities in order to provide appropriate responses to the major challenges of our time, starting with the protection of our planet and ensuring freedom, social justice and democracy globally. France is at the forefront of the fight against terrorism, both on its soil, which was hit by several heinous attacks last year, and in international action. In these painful moments for both our countries, I convey our full solidarity with the authorities and the people of Pakistan. Let me reassure that France recognizes the sacrifices and supports Pakistan in its endeavors.

This year is a particular year, as Pakistan is turning 70 years old and as we also celebrate the 70th anniversary of the establishment of our diplomatic relations. For seven decades, our two countries have enjoyed close bilateral ties in all fields. I am glad, after three years in Pakistan, to see this relation grow even stronger.

Our economic diplomacy has been particularly strengthened. Experiencing an increase of over 14% in 2016, our bilateral trade has again exceeded the symbolic threshold of one billion dollars in the fiscal year 2016. More than 30 subsidiaries of French companies are established in Pakistan. 2016 also saw one of the first Pakistani investments in France, a pharmaceutics plant which was inaugurated by President François Hollande in Meymac, in the center of France. The existing momentum in the economic bilateral relationship was embodied by an important French business delegation which visited Pakistan last April, the first one in five years, following the visit to Paris in 2016 of Minister of Finance.

Cooperation in education, academia, science and culture has also been one of the priorities of my mandate. Just a few months ago, more than 20 French universities toured Pakistan for a Pak France Higher Education Week. All together we have, at present, more than 500 Pakistani students studying in France. More generally, France, as our President announced a few weeks ago with the French Tech Visa initiative, is ready to welcome more foreign tech talent from around the world.

In order to strengthen our sustainable partnership, we also need to contribute together to a sustainable global environment. Climate change is one of the major issues of our time. France, after the success of the COP21, the Paris Climate Change Conference, stays committed, and has launched a big campaign that I invite all of you to join, in response to the withdrawal by the United States of America of the Paris Climate Agreement. You can join the initiative here: www.makeourplanetgreatagain.fr.

In Pakistan, France is committed to support the Government’s strategy to solve the energy crisis and to fight climate change. The French Agency for Development (AFD) is scaling up its green energy activities this year, after having allocated more than 300 million euros to investments in hydroelectricity these past ten years.

We believe in a resilient, strong and stable Pakistan. I reiterate my firm belief in the reinforcement of a sustainable partnership between our two countries and most importantly between our two people.

I will end in this regard with an atypical subject: sport diplomacy. Sport conveys a strong message; we don’t embrace a world made solely of violence but a world of shared values, reconciliation, joy and peaceful competition. I here want to congratulate Pakistan for its victory of the last ICC Cricket Champions Trophy. As I rejoiced watching the whole Pakistani nation united behind its team and celebrating, I want to mention that the whole of France and all French people are united behind the city of Paris in its bid to host the 2024 Olympic Games. We hope Pakistan will share this enthusiasm and support this strong bid.

After three years in Pakistan and as my term comes to an end, I hereby want to thank and renew, in the name of all the French community, our appreciation for the hospitability of the Pakistani people. I convey the friendship and the best wishes of the French people to the people of Pakistan for their continuing prosperity.

So let me conclude on this positive note in French and Urdu: Vive l’amitié franco-pakistanaise! France Pakistan Dosti Zindabad!

The author is an Ambassador of France to Pakistan.

Parent-teacher partnership: The key to success for students

The Xi-Trump Partnership: Can North Korea Denuclearization Be Replicated in South Asia?