BREXIT: Is the EU Falling Apart? 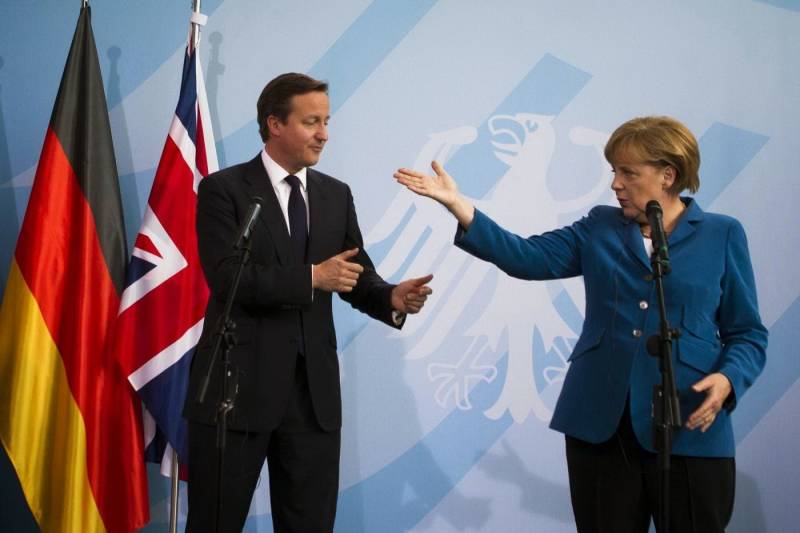 The 40-year love-hate relationship between the EU and the UK came to crashing down as the UK voted to leave the European bloc. More than 30 million people voted in the referendum making it the highest turnout at a UK-wide vote since 1992. The British version of "Let's make America great again" is now set to engulf the UK in the next few months.

10 Downing Street resembled a sorry state of affairs, as David Cameron became the fist major casualty of the referendum when he announced that he would resign in October. Article 50 of the Lisbon treaty, which highlights the procedure for negotiating a member’s departure in a 2 years time period, is set to come in motion. Once triggered the ‘terms’ of departure will be negotiated between the 27 member bloc, not by British politicians and diplomats, and would be presented to the UK on a ‘take it or leave it basis’. As the EU strolls into uncharted territory, it is hard to fathom the exact loss/gain from the referendum, but in the medium and short term – the future of EU, immigration and economy are issues that are set to take center stage after Brexit.

Jean-Claude Juncke, the President of European Union, has suggested earlier that ‘splitters will not be welcome with open arms’. All gloves will be off as the transition process starts on June 28th as Cameron meets EU delegates in Brussels. The EU has made it extremely clear that they would not tolerate any ‘unnecessarily prolonged uncertainty’ and has urged the UK to act swiftly on the people’s verdict.

Scotland and Northern Ireland who voted for “Remain” are already sending worrying signals to London. Nicola Sturgeon, Scottish first minister, has announced that an independence referendum is “highly likely” in the wake of  Brexit. With Euro-skepticism on the rise, the Brexit ‘domino effect’ is already starting to make headlines. Austria’s Freedom party, which was a whisker away from winning the presidential election, wants to renegotiate the country’s relationship with Brussels. The Dutch, who have historically aligned themselves with the British, are making similar noises. Geert Wilders of the Dutch anti-European Freedom party has made it clear that Brexit would pave the way for other countries to take the same decision. Even in Germany, the stalwart of the EU, Alternative fur Deutschland – the country’s third largest party – has urged the EU for further reforms.

The Euro Zone economies are already feeling the pinch as economic activity has all but stalled. The pound has taken a horrible beating and has lost more than 8 percent against the dollar and the bears are running wild in all the major markets, with German and French indices shredding more than 6 percent. Major Banks – such as Barclays, Lloyd, and RBS – that run their European operations from the picturesque region of Canary Wharf in London, had their shares down by more than 18 percent. US stocks are in tailspin also as Dow Jones lost more than 500 points on the back of fears for the global economy.

Moreover, Brexit is further bad news for the 3 million EU immigrants living and working in Britain. This was a turning point in the campaign as the ‘Leave’ voters viewed the immigrants from poorer countries especially Poland and Lithuania as a burden on their economy. The British government will think twice before offering them any olive branch lining thus jeopardizing their future and prolonging the negotiations.

However irrespective of the outcome, the referendum has painted a bleak picture of a country divided by religion and race. With Europe reeling under attacks from Brussels to Paris, Russia’s resurgence in the global arena, and a homegrown terror problem– further integration and unification was the need of the hour rather than complete isolation.

“United we stand divided we fall” was one quote that the East India company took to heart, used to perfection to rule India for more than a century. Ironically fast forward to today’s world, and history has taken a U-turn, and the joke is on the United Kingdom. The words ‘Britain first’, uttered by the killer of Jo Cox, before shooting her in cold blood – are set echo in the power corridors of Brussels and London for years to come.