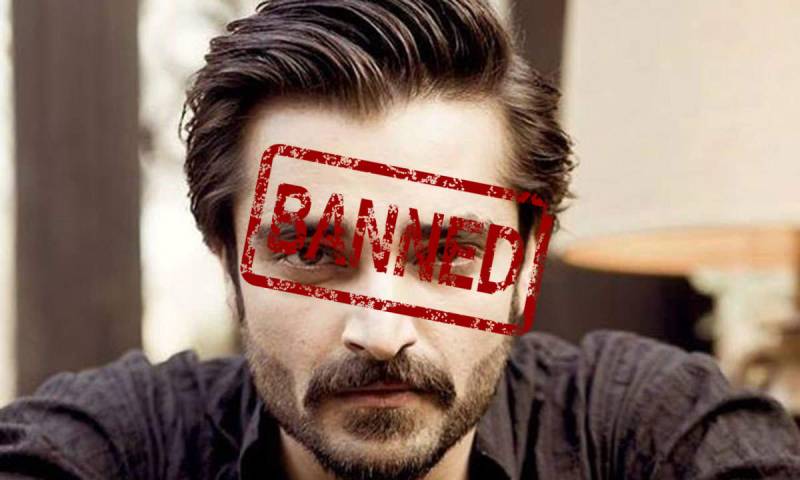 This week, PEMRA banned public figures Hamza Abbasi and Maulana Noorani from appearing on broadcast media and discussing anything related to the Ahmadiyya community. While both bans may have made sense to many Pakistanis, one of them stands on shaky legal ground.

Unless a constitutional emergency or other bar is in effect, freedom of speech cannot be curtailed. Speech may also be curtailed if it causes violence or contains an imminent threat of violence, such as hate speech; if it demeans or defiles an individual or community, or if it violates public decency.

In this context, Malauna Noorani’s words can be seen as an incitement to violence against Hamza Ali Abbasi. But he isn't the first religious figure who could reasonably be prosecuted for hate speech. The Human Rights Commission's 2014 report on the state of freedom of thought, conscience and religion notes that ‘[o]n December 22, Geo TV telecast Aamir Liaquat Hussain’s program in which a cleric called Ahmadis enemies of both Muslims and Pakistan. Within a week of this telecast, an Ahmadi was gunned down in Gujranwala.’ Given how common religiously-motivated hate speech has become in Pakistan, the ban on Maulana Noorani should be welcomed.

Hamza Ali Abbasi's ban, on the other hand, should be a cause of greater concern. All Abbasi asked was whether the Ahmadiyyah question could be excluded from public discourse, and decided exclusively by the State. While it may not have been the most eloquent of deliveries, this was far from the apparent abuse of liberty some have claimed it to be.

Yet, the ban would not have been possible if PEMRA, which does not have the mandate to lord over broadcast media, had not granted itself excessive unchecked powers through its newly passed Rules and Code.

Democracy is based on the idea that (largely) inalienable rights cannot be undermined, even if the public unanimously votes against them. Freedom of speech is one of the most important of these inalienable rights, and is an important prerequisite for the exercise of other rights like freedom of political participation.

The Constitution tasks PEMRA with improving standards, enhancing consumer choice, facilitating devolution and ensuring accountability, transparency and good governance across the electronic media. Yet the regulatory has often functioned on the wrong side of this mandate since its establishment in 2002, and has been accused of making various arbitrary decisions. Most recently, the authority banned a television play shedding light on the issue of child abuse, and also imposed a day long ban on family planning and contraceptives’ advertisements. And now it has imposed a ban on discussing the Ahmadiyya community in the media.

These bans are all blatant violations of the fundamental rights to freedom of speech (Articles 19), thought and conscience and an unjustifiable restriction of press freedom (Article 19-A).

Yet, with some kind of military impulse, PEMRA continues to overstep its constitutional mandate. The regulatory authority gives itself vast powers through the PEMRA (Content) Rules 2012, and 2015 Code of Conduct. These documents are themselves the result of multiple revisions, which remain hotly contested among stakeholders to this date. And rightly so, because they threaten constitutionally guaranteed rights and rashly overstep the very ordinance that established the body in the first place.

An even more crucial reason behind PEMRA's ban is Pakistan's sordid legal history on the Ahmadi question. With the passage of the Second Constitutional Amendment (to Articles 160 and 206), the Bhutto Government had declared Ahmadis to be outside the fold of Islam, finally "solving" an age-old uncertainty which began since the sect was founded in 1889. Not to be left behind, the Zia Regime later criminalized open and peaceful practice of Ahmadiyya belief.

Other minorities can practice their faith freely- at least in theory- so we can discuss it when practical violations occur. The basic tenets of most who follow the Ahmadiyya faith are, on the other hand, considered as criminal offenses. The community is not even allowed to live under the illusion that they are free to practice their religion freely. They are barred from burying their dead where in regular graveyards, calling their place of worship masjids or even addressing their wedding cards as they please. And none of these harsh restrictions can even be discussed because criticizing them has been criminalized.

Historically, the community has served in the Pakistan Movement, the civil service, and formed an integral part of the intelligentsia. There was significant Ahmadiyya funding and voter contribution to the very PPP government that declared them non-Muslim and opened the flood gates of religious persecution on them.

When confronted by tragedies like the Peshawar APS Attack or the Ismaili Bus Blast, the nation expresses all the shock and sorrow the occasion warrants. Yet, no one has batted an eyelash for the 5 Ahmadi individuals murdered since the start of this year.

And while we claim to be a pluralistic democracy on the world stage, it is unlikely anyone will take these claims seriously unless we ensure religious freedom for all in Pakistan, especially the much-maligned Ahmadi community.