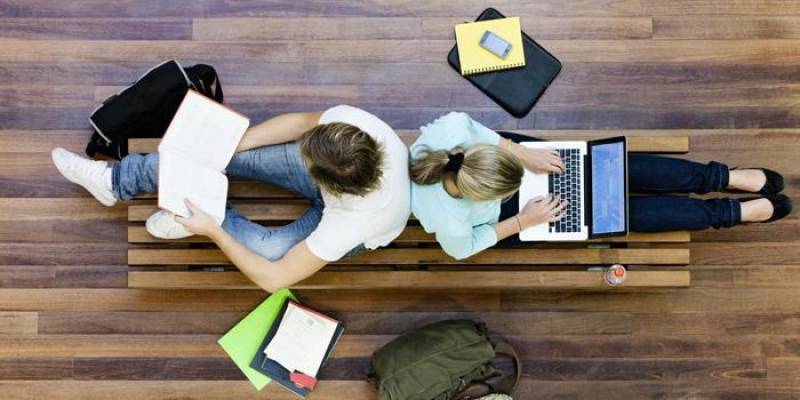 Policy making process has undergone numerous evolutionary changes, the aftermaths of 1st world war gave birth to international relations (IR) as a separate academic discipline, while the post 2nd world war era brought modification in the working of academia. Thus, in turn, academia emerged as an influential actor of the policy-making arena, especially in the West. In fact, the advent of ‘Think-Tanks’ not only enhanced and modernized the research methods but also established the efficacy of social sciences in policy making that is why in the US, IR is also known as ‘American Social Science’.

Similarly, these concepts, after some time, made way to the East especially in the decolonized world, but here the progress of academia can be associated with minimal success because of multiple reasons. For instance, in Pakistan, the role of academia is not as an influential policy actor acknowledged because academic research is a neglected domain while the concept of social sciences is still misunderstood and underutilized. Besides, academic activities other than scholarship are not encouraged by the state. However, academic research activities related to IR are confined to Islamabad only in the same way as economic activities are limited to Karachi and art and cultural activities to Lahore.

Contrary to the situation recently, on 5th & 6th May 2018, the School of Integrated Social Sciences (SISS), the University of Lahore broke this monotonous situation by arranging a two-day international conference on ‘Threats to Security in 21st Century: Finding A Global Way Forward’. The conference was inaugurated by the President of Azad Jammu and Kashmir, Sardar Masood Ahmad Khan, a seasoned former diplomat. The conference was attended by notable foreign and national academicians, practitioners and students.

Security, as I perceive it, is a feeling which remains unsatisfied. Whether one accepts it or not, security has become a prime concern in Pakistan as it is influencing multiple national policies like trade policy, internal law and order, science and technology, and foreign policy. Today Pakistan and security have developed the relationship of a body and soul; therefore, these circumstances urge the need of balanced policies which can be formulated only by the judicious blend of academic and executive authorities’ participation.

Hence, conducting conferences and seminars, where practitioners and intelligentsia gather for a wider interaction of fresh ideas coined by research scholars; are held to ensure the participation academia in the policy-making process. The School of Integrated Social Sciences arranged this conference. The first day was divided into two plenary sessions including a dialogue between Mr Ejaz Haider, a renowned journalist and TV anchor, and Ms Hina Rabbani Khar, former foreign minister on security, the vis-à-vis foreign policy of Pakistan. After this discussion, the first plenary began with a detailed comment of Mr Najamudin A. Sheikh, former foreign secretary, on Pakistan’s foreign Policy challenges in 21st century. He aptly elaborated the very nature of foreign policy in Pakistan in the 20th century and the challenges of the new millennium. The most interesting feature of the first plenary was keynote speeches of Mr Khalid Banuri former DG ACDA (Arms Control and Disarmament Affairs) of SPD (Strategic Planning Division) who highlighted the wave of Ultra-Nationalism and imagining its risk at regional as well as at global level in terms of threats to security.

Dr Farrukh Saleem, a prominent economist and strategic analyst, explained the nexus of an economy and national security which is a neglected dimension of national security in Pakistan because security-related issues are still considered as unidimensional and uni-organizational. Similarly, the second plenary was again distinguished because of the speakers, out of the five four were foreigners representing different regional narratives on contemporary security challenges. The most notable was Dr Mohammad Ali from Nigeria who enlightened Pakistani audience on the less known issues of African politics.

However, Mr Rahimullah Yusafzai, another famous journalist and expert of Afghan affairs, elucidated the complex matrix of contemporary security challenges in Afghanistan and their impact on the region generally and on Pakistan particularly. Furthermore, this conference was not attractive for the local electronic media as it cannot earn good ratings for them, but, on the contrary, the keynote address of Mani Shankar Ayer, a former Indian diplomat and cabinet minister, made it a sensation for Indian electronic media. An Indian English news channel ‘Times Now’ bitterly criticized Mani Shankar because he called Jinnah Quaid-i- Azam (the great leader). They on-aired a small video chunk of his speech where he expounded the urge for seeking security between India and Pakistan through truth, reconciliation and peace.

The second day began with another plenary session where the cluster of eminent speakers discussed the various dimensions of present-day security challenges. Dr Adil Sultan from Kings College London spoke about the relationship between nuclear weapons and security. Ambassador Gamini Keerawella from Siri Lanka highlighted the Siri Lankan view of South Asian regional security in the 21st century. An enlightening conversation between Ejaz Haider and Dr Moeed Yusuf, associate vice president of the Asia centre at the US Institute for peace, took place on the current dynamics of Pak-US relations.

The climax of the event was paper presentations, the conference held 13 concurrent sessions where 70 papers were presented by the local and foreign scholars on sub-themes of security like human security, climate and security, nuclear weapons and security, economic and energy security, cyber and informational security, etc. It was really a praiseworthy session where the plethora of ideas was presented by the researchers to address the traditional and non-traditional security challenges of the present era. These creative notions can be of great help for the policy makers of Pakistan, in order to address the short term and long term security challenges, if considered. In fact, it is the high time for the government of Pakistan to take certain initiatives for the active participation of academia in the policy-making process.

The executive authorities of Pakistan must learn that policies cannot be imposed rather it should be implemented in phases. Here, I cannot forget to mention CPEC because it enhanced the influx of academic and economic activities in Lahore. Besides, these conferences are also part of the soft power of a nation-state. A state like Pakistan can project its narrative well through soft power only. Undeniably, this conference was a great show of its kind ever happened in Lahore where the galaxy of academics was gathered by just a two-year-old department. SISS, the University of Lahore, is committed to holding such conferences in future.

The writer is an independent researcher he teaches IR at IR Academy for CSS, Lahore. He can be contacted: waqasiqbal083@gmail.com