In Narendra Modi’s India, development is a political slogan 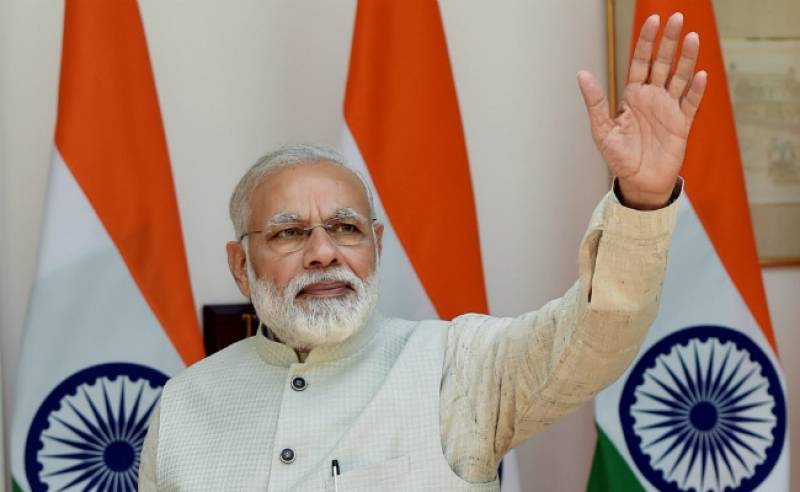 Indian Prime Minister Narendra Modi is about to complete his fourth year in office in May this year. The leader, who had stormed to power with a lot of expectations in 2014, though continues to be the most popular in India at the moment, defying the law of anti-incumbency, his government has its share of challenges that it has not been able to meet with conviction. India is confident that Modi will get another term in 2019 but having said that, the dominance of his Bharatiya Janata Party (BJP) in Indian politics at the moment has also given birth to some serious questions that every Indian need to ponder over.

Modi’s apparent weapon to boost the political prospects of his party has been ‘vikas’ or development. Since he was the chief minister of one of India’s most business-friendly state Gujarat, it was natural for him to don the mantle of a pro-development face while campaigning for his and his party’s ambition to win Delhi. After losing two consecutive elections in 2004 and 2009, the BJP was desperate for a win to keep its flock together in the post-Vajpayee and Advani era and Modi’s emergence, with all the glossy machinery he had, fit the saffron party’s bill perfectly. It was also necessary to use the development slogan to bury the man’s controversial past. As a soft project to paint India saffron, the BJP always needed a mask to hide its actual agenda for openly achieving the majoritarian goal of Hindutva could never be possible in a pluralistic India.

So, the BJP’s pro-development sloganeering is a political strategy. It serves both the party and Modi as an individual. The current Indian prime minister has a strong objective of eclipsing everything that is related with the Indian National Congress (INC) which has ruled the country for most of the period since independence in 1947. He and his followers want to flag off a new Indian republic out of the shadow of the Nehru-Gandhi legacy.

To achieve this end, development has become an all the more key currency. As the BJP is conquering new political frontiers in the Modi era, its managers and campaigners are crediting Modi’s development mantra for the success and are expecting that it counter feeds Modi’s aura and in this way, the Modi-means-development-and-development-means-Modi narrative goes on interrupted.

Meanwhile, the agents of the saffron camp’s real agenda which is to turn India into a Hindu state operate on the sidelines and behind the veils. The BJP doesn’t really know when can its Plan B be turned into Plan A for the forces of democracy will be too tough for it to thwart but the efforts are at every moment.

The BJP might try hard to showcase itself as the party which has worked towards real development since independence, but if we look at the states in southern India, they are known for their strong development records but are yet to see a strong presence of the BJP, Modi’s presence notwithstanding. Of the five southern states of India, only Karnataka has seen the rule of the BJP and that too for just one term and a disappointing one. So, if the BJP is yet to become a prominent force in South India, how are the states there already developed?

Eastern India is not developed but BJP yet to dominate there

Similarly, why hasn’t the party succeeded in making inroads in the eastern states of the country like West Bengal and Odisha, with its development slogan? They provide the perfect field for the party to execute real development schemes but till now, the BJP is of no relevance in those states. The BJP has mostly flourished in the west, north, and central India because of its ideological connection with the roots in those regions.

The BJP has also spread its tentacles in the north-east but it is mostly because of the failure of the INC and instability of the local outfits. The slogan of development has not brought the BJP real changes on the ground. It is its socio-cultural engineering and political strategising that have mostly paid off.

While Modi stresses on development, other sinister ploys are used in society

Modi’s personalised rule is also useful to the BJP. While the leader indulges in chest-thumping, boasts about his government’s track record so far and also occasionally shows his emotional face, the right-wing fanatics go on bashing up minorities and Dalits over issues like consumption of beef or skinning dead cattle. The confrontation with the Dalits is an attempt to unite the Hindu cause by showcasing the minorities as a threat to Hindu India. This is a sinister plot which threatens India’s secular fabric but the prime minister largely remains silent on the domestic disharmony that has badly affected India at the moment. And he keeps on talking about development on platforms at home and abroad, understanding very little that unless the country is at peace with itself, the balloons of expectation could be deflated in no time. But India’s obsession with a personality-centric rule brushes everything aside.

Indian democracy needs to find its balance back

The disappointing part is that India’s secular forces are outdated and ineffective at the moment. Their wrong choices of action over the years have created such a mass repulsion in contemporary socio-political life in India that to expect anybody from the INC or the Left defeating Modi in the next general election is akin to daydreaming. We do not yet know how another five-year rule of Modi, in case he wins the next general elections, will turn out to be for India but unless the political democracy in India finds a balance fast, the future could be alarming.