AyeTea , Thy Name is Woman 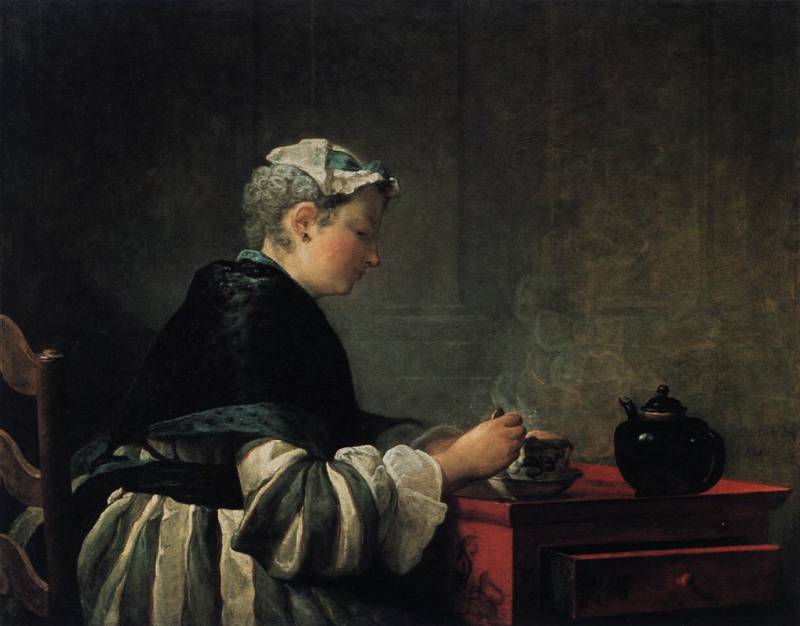 Almost 5,000 years ago, when folks in China started sipping a yummy steeped beverage from dried leaves and buds, different regions have different names for it.

Most Chinese languages referred to the stuff by a word that is pronounced like "cha", But many other dialects spoken around referred to it by a word that sounds more like "te". 'T' or 'Tea' is a slang also for gossip, situation, story or news also...You can give Tea, get Tea or spill Tea, e.g. let's talk tea, spill it: just make it hot.

Next to water, the most popular beverage is tea. It is used for healing, to relax after work, telling fortunes, the inspiration for poetry, just to calm down ---- pretty much about anything you imagine, even a religion. Yes, it is true around the 15th century, a religion called Teaism started in Japan. Teaism is mostly about subtle insights into aesthetics.

Teaism is related to the team. A sense of flows and concentrations under the influencing of great-tasting tea. A teaist is a person who performs or enjoys the art of tea and teaism.--- Teaism can be practised by anyone because tea knows no class. It is the true spirit of democracy.

It can be poured into a china cup by a wealthy person, or same tea can be offered in a simple cup to someone with no money at all.No matter where it is, what it is in, or whom it is for, it is still tea and always will be. It does not matter how it is made, whether with lots of cream and sugar, or plain hot or cold. It is still the same teaist.

The spirit of the tea beverage is one of peace, comfort and refinement. As the qualities are all associated with the ways of women, it is to them, therefore---the real values of the world--- that tea owes its prestige and vogue. Arthur Gray writes in the introduction in his wonderful book, "The Little Tea Book" 1903: "But what other can compare with tea is the high regard in which it always has been held by writers whose standing in literature, and organised good taste in other walks cannot be questioned? --- For nearly all allusions and references to the beverage, by male writers reveals the womanly influence that tea imparts. But this is not all.

The side-lights of history, customs, manners, and modes of living which tea plays in the life of all nations are linked with the fine feminine atmosphere which pervades the drinking of beverage anywhere.

I'm reminded of Arthur Gray who observed, "Coffee is a tonic, tea is a comfort. Coffee is prose; Tea is poetry."  Dear coffee lovers, no offences, please.

To the powerhouse activists of 1700s to 1900s, drinking tea was not an idle pastime. The women used 'tea gatherings' to mobilise support for women's rights, which overtime paved the way for women to start identifying outside of the home and obtaining loans to start small enterprises, owning property and frequenting establishment without the companionship of a man.

In the early 20th century, a tea phenomenon swept the United States. Tea Rooms also called Tea Houses, opened up by the thousands in the cities, suburbs and rural community countrywide. Nearly all tea rooms were owned by women.

This movement unfolded in an age when middle-and-upper-class women's opportunities for jobs outside the home were practically nonexistent. Fast forward a century, you can find tea rooms in Western New York that owe their concept, if not direct lineage, to the 20th-century vanguards.

Some historians speculate that suffragists' embrace of tea thwarted the popular notion that women who agitated for a voice in politics were gender-deviated radicals. In situating themselves in the polite environment of the tea room and performing the role of picture-perfect domestic hostess, all the while vocally championing their rights, they perhaps hoped to make less affronting to moderates the "unwomanly" audacity of their bold political ideas. (It is a great lesson for Pakistani women to gradually liberate themselves of undue social barriers rather than willing to make a difference in a moment).

Marry Elizabeth Braddon  said, "Surely a pretty woman never looks prettier than when making tea." There are many such social sayings and beliefs; It is said a woman is just like tea. A virtuous woman is like morning tea that brings the essential warmth to the family.

A beautiful and romantic woman is like afternoon tea; leisurely and elegant. A woman who can arrange her life is like evening tea. She not only knows how to be self-disciplined, but she is good at creating a mood. If drinking tea can make women beautiful from inside, the cosmetics made from tea can make a woman beautiful on the outside too.

On a personal but most relevant note; Baba(father) and Ama(father) had been together for 70 years. The first thing they performed after rising early in the morning, almost like a religious ritual, was making and taking tea together. It was a bond, quite precious, unique and sacred. They made tea in their simple kettle and drank it very often in the simple clay mugs.

I can remember, it created such a warm, ambient glow around them when they sipped it in the old fashioned cuppa, in which the brew for some untranslatable reasons, acquired the additional taste. Since Baba breathed his last while sleeping in the wee hours of this 16th  November, two women are still waiting for him, Ama and the tea; the tea he could not drink in the morning.

The feminine spirit of tea is very sensitive and fastidious, it must be searching for him. Sometimes I feel scared for father's loss of tea when I remember a philosopher's words, " Wouldn't it be dreadful to live in a country where they didn't have tea."----- But we all may not find Baba again but his tea will find him anyway, I'm sure, as I'm a Teaist.