A Historical Fractal of Panopticism: A Disciplinary Mechanism of Power During Corona Period 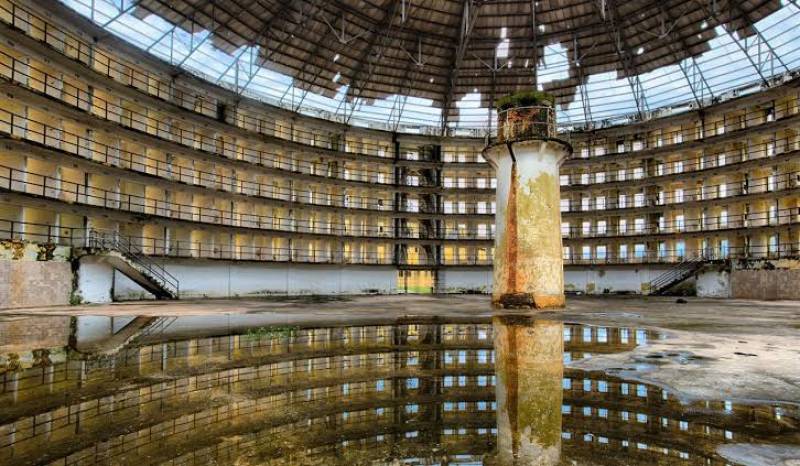 Fractal are recurring of similar patterns, never-ending, chaotic and random in behavior. Fractals are everywhere, for instance in nature, the branches of trees have themselves branches that, upon zooming in, would look very similar to the larger branching patterns. The nerves in our body branch out in a similar, semi-repeating way. It is a way of seeing infinity, that does certainly imply chaos, but sometimes order emerges out of it.

The evolution of civilizations, again is in fractal pattern, as pointed out by Allah almighty in the Holy book of Quran. When a group of people started disobeying, instead of all warnings and messages from God, He is affirmed to his sunnah that He replaced that civilization with the new and better people. So again, fractals are there in the stories of the destruction of a civilization and appearance of the next on the scene.

One can trace many fractals in the evolution of human history. As Sydney J. Harris maintains; ‘history repeats itself, but in such a cunning disguise that we never detect the resemblance until the damage is done’. One of the fractals we might locate in seventeenth century plague in London, a ghastly disease that took away millions of lives and present-day pandemic named COVID-19. Many times, boundaries of times blurred and sweeps into each other to make historical fractals as in this case. While going through the archives about Bubonic plague of 17th century, we come across the empty streets, sealed houses, distinguished by bearing a red cross on their faces, condemning the whole family to death and later on, mid-night calls to brought out the corpse in a cart, took away towards the plague pits. Unfortunately, it shares many similarities with 21st century pandemic Covid-19.

One of the major fractals is of panopticism which can be traced in 17th century plague and 21st century Covid-19. The concept of panopticon for a new type of power exertion comes from a type of prison designed by the English philosopher Jeremy Bentham: a prison consisted of many cells with a central point, from which all cells can be observed easily, later used metaphorically by Michael Foucault (1926-1984) who posits that the exertion of Power is not always coercive, exerted with a top to down direction, but often exercised itself in a diffused and penetrated way to regulate and maintain order in socities. In his book Discipline and Punish: The Birth of the Prison, Foucault develops a section called panopticism, and give a detailed description of how these contagious diseases were handled by confining people to their houses, and making their interaction least with the rest of the other society. This way of precaution instigates a far-reaching scrutiny to kept individuals under gaze. He propounds that, ‘this enclosed, segmented space, observed at every point, in which the slightest movements are supervised, in which all events are recorded, in which power is exercised without division, in which the individual is constantly located, examined and distributed among the living beings, the sick and the dead… all this constitute a compact modal of the disciplinary mechanism’.

As in a panopticon, the prisoner never knows that he is being observed constantly, because he cannot see the supervisor, besides unknowingly he himself becomes the bearer of that power. It is like to lead them towards a self-surveillance, that is the ‘political dream’ of the plague or pandemic, that everyone internalizes this self-scrutiny and becomes the bearer of one’s own ‘imprisonment’. The phenomenon of this self-imprisonment, in the 17th century plague, later elaborated in terms of panopticism by Foucault, surprisingly makes a fractal formation with the 21st century pandemic of Covid-19. In present era, paradoxically we become ‘the bearers of our own figurative, mental imprisonment’, when our own gaze of surveillance not only kept us under observation but the others as well; because this gaze becomes mutual supported by the binary of sick and healthy.

In modern times states often use panopticism instead of coercive application of power to keep the citizens under observation and inside the boundaries of law. For instance, in Pakistan, during Corona, how to socialize? Opening and closing of educational and rest of the other institutes, even wedding ceremonies, death funerals everything was under gaze which was supported by the self-surveillance of the citizens themselves, after their interpellation of self-scrutiny. Citizens internalized the authority of medical discourse about the symptoms and precautions of Covid-19 and restricted themselves and others as well according to the demand of state. The way we obey power and internalize the required targets are not suppressive here, rather we choose it and adapt it positively. Foucault puts a question here; ‘if power were never anything but repressive, if it never did anything but to say no, do you think one would be brought to obey it? This is the panoptic power, the gaze of surveillance, internalizing and accepting something willingly that businessmen accepted their financial loss, students accepted their academic year loss, people confined themselves to their thresholds, and even they thought it normal to choose an alienated life.

So, in the 20th century Foucault positioned a novel way how power operates, named it panopticism, that results in a disciplinary mechanism, to observe 17th century plague in London which makes a fractal formation with 21st century Covid-19. In 17th century, plague disease-ridden society did the same as now in these days corona inflicted civilization is doing: by confining the people at their place not by using any coercive force but by their consent. Power operates in such a way that it generates willingness from the subjects to be interpellated, even built and bolster their self- surveillance to imprison themselves in their own gaze.

The author is an Assistant Professor of English at Govt Postgraduate College for Women, Sahiwal.