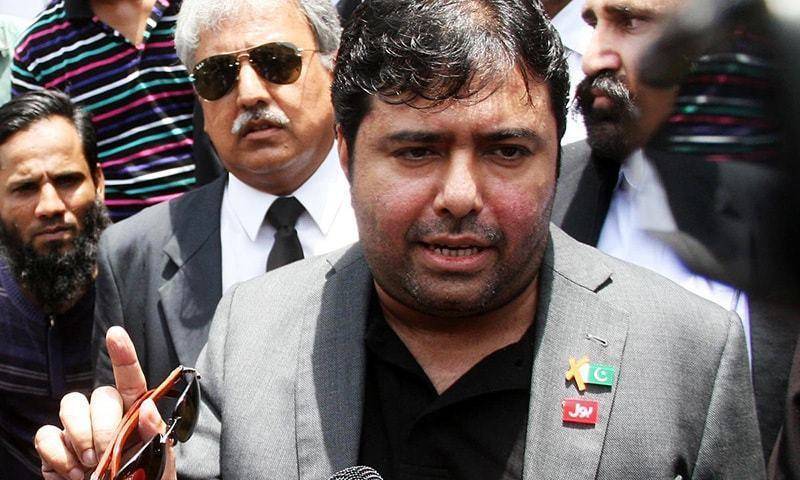 ISLAMABAD - The Supreme Court on Friday repealed its order to place the names of Shoaib Ahmad Shaikh,  CEO of Axact on the no-fly list, minutes after the decision.

A two-member bench, headed by Chief Justice Mian Saqib Nisar, issued the orders while hearing a suo moto case of fake degree scandal. The court had also ordered to put the names of six other accused on the Exit Control List (ECL).

After rescinding the orders, the court summon reply from Shoaib Shaikh, owner of Bol Network, in the case.

The decision to bar the accused from flying abroad came after Federal Investigation Agency (FIA) Director General Basheer Memon revealed that the company operates websites of 330 universities which do not have physical existence.

He informed the court that Axact was not affiliated with the said education institutes, adding that a person can get degree from it within an hour by spending $5,000.

The apex court also directed the lower courts to suspend bails of the accused on not cooperating in the case.

On Jan 19, the chief justice took suo motu notice of the Axact fake degree scandal and sought a report from the Federal Investigation Agency within 10 days.

The chief justice had remarked that those who caused defamation of Pakistan in the world will have to face punishment, adding that news reports regarding fake degree scandal rife in local an international media.

He said that if the information was correct, the authorities should take action to curb such activities, tarnishing the name of Pakistan.

"Our heads hanged in shame because of this scandal," he said. The chief justice also observed that the case had surfaced earlier and several cases in this regard are being heard by courts.

The scandal of fake degrees was first disclosed by New York Time in 2015, accusing a Pakistan-based company, Axact of selling degrees of hundreds of fake universities and schools run by the software company to people around the world, including Indians based in the Middle East.

The expose was followed by a crackdown by Pakistani authorities but no one has been prosecuted as yet within the country.

Umair Ahmad, vice president of Axact, was arrested in the US last year and was sent to prison for 21 months after he confessed to committing wire fraud in connection with an international "diploma mill" scheme. In addition to the prison term, Hamid was ordered to forfeit $5,303,020.