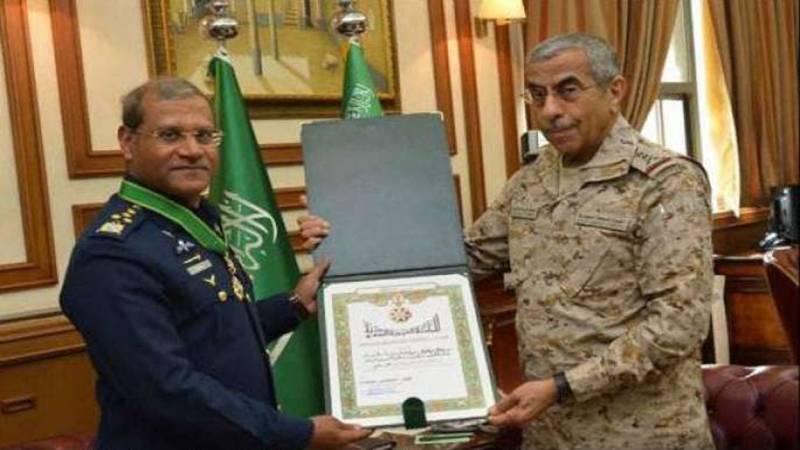 The prestigious medal has been awarded to the air chief in recognition of support provided by Pakistan Air Force to Royal Saudi Air Force in various domains.

Earlier, the Air Chief called on the Chief of General Staff Royal Saudi Armed Forces. He reiterated to enhance the existing cooperation with Saudi Arabia in the field of aviation.

They discussed matters of bilateral defense ties and mutual interest.