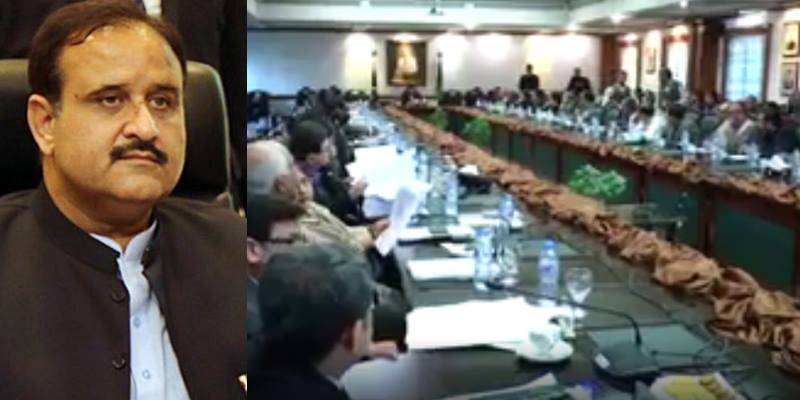 The Cabinet approved a forty points agenda while rejecting a proposal to raise the Abiana rate.

Cabinet approved Alternative Dispute Resolution Bill 2019. It was also decided to extend the Safe City Project to major cities of the province.

Launching a Low-cost Housing project in Chistian, Lodhran and Renala Khurd, under Prime Minister's Naya Pakistan Housing Program, was also approved. Housing Department will be responsible for its implementation.

LAHORE -  The total number of ministers in Punjab has gone up to 35 after the induction of 12 more ministers in the ...

The Cabinet also approved the amendment in Petroleum [Exploration and Production] policy 2012.

Punjab Cabinet also decided to grant administrative and financial autonomy to Institute of Public Health Lahore and to form an Administrative Committee regarding Institute's issues.

The approval was given to change the name of Fort Manro Development Authority to Koh e Suleman Authority DG Khan. The powers of this Authority will now also include Tehsil Koh e Suleman.

Addressing meeting, Chief Minister said that interests of farmer community will be protected at any cost as PTI Government s a true protector of farmers' rights.

He said that the progress of Punjab is our aim and our every decision is being taken in the public's interest.

The chief minister said that the PTI government believes in the supremacy of law. Punjab Cabinet also approved decisions taken during its previous meeting.