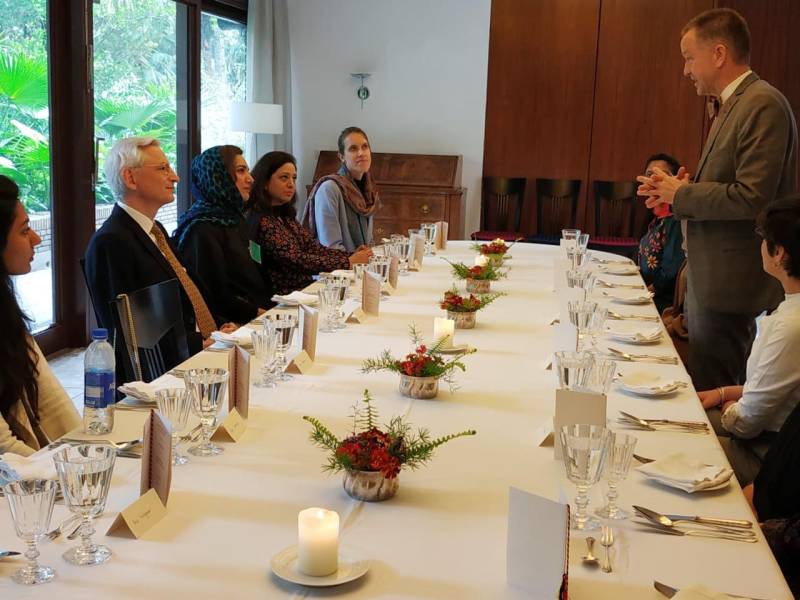 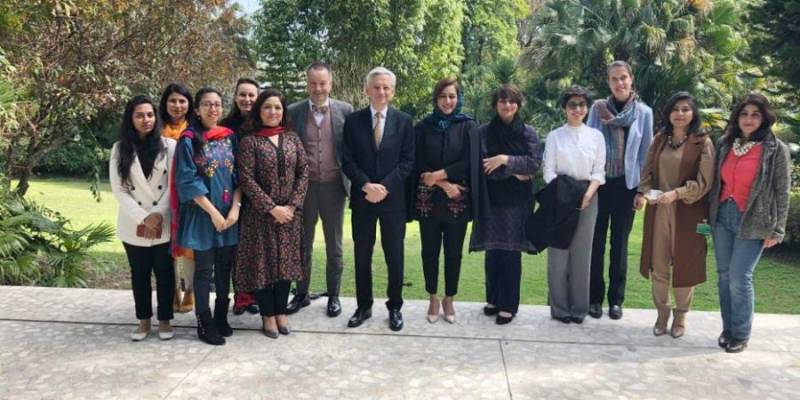 The gathering offered an occasion to discuss the vital role that journalism plays in every democratic society and to exchange views on challenges it is facing today, a press release issued by the French embassy.

Both Ambassadors underlined during the meeting: “The role of women in society is essential – not only from a social but also from an economic point of view.

Like in other countries of the world, the gender gap in Pakistan should be reduced and eventually bridged.

However, today’s meeting again demonstrated that Pakistan has many senior female journalists as well as promising young talents in its media sector who will surely be an inspiration for other women.”

Among the guests were renowned female journalists including some of the 2019 Agahi laureates, recognized in fields like media ethics, human rights, entrepreneurship, identity and sports reporting as well as the founder and president of Agahi Foundation, a non-profit organization aimed at encouraging investigative and independent journalism in Pakistan.

The slogan of International Women’s Day 2020 is “I am Generation Equality: Realizing Women’s Rights”.

It is aligned with UN Women’s new multigenerational campaign, Generation Equality, which marks the 25th anniversary of the Beijing Declaration on Women and Platforms for Action.

To pave the way forward for the gender equality commitments made in Beijing in 1995, a Generation Equality Forum convened by UN Women will be organized on 7-8 May in Mexico and will culminate in Paris on 7-10 July 2020.