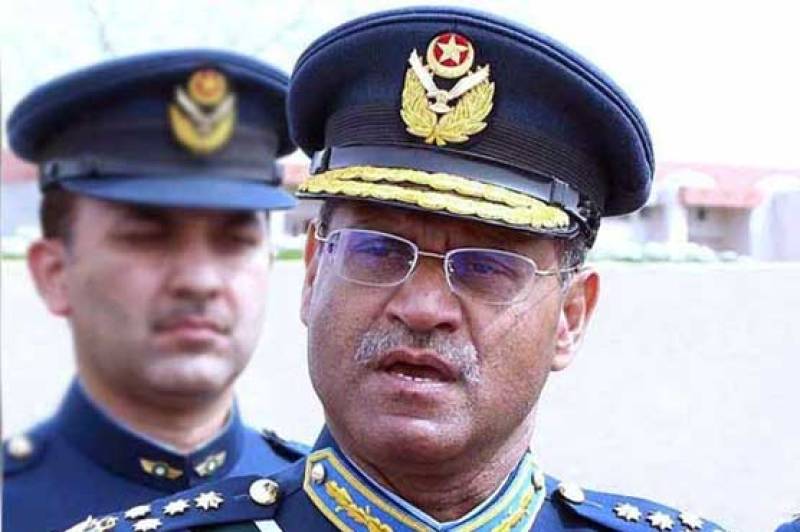 RAWALPINDI (Web Desk) - Chief of Air Staff Air Chief Marshal Sohail Aman said on Saturday that the ill-fated helicopter went out of control before landing due to a technical fault.

A board has been constituted by the Pakistan Air Force (PAF) to investigate the deadly air crash at Naltar Valley in Gilgit-Baltistan.

The helicopter crash on Friday claimed the lives of seven people including envoys of Norway and the Philippines; wives of the ambassadors of Malaysia and Indonesia; both the pilots and a crewmember.

Air Chief Marshal Sohail Aman blamed technical failure for the crash. However, he said, the real cause of the accident could be ascertained after the investigation. 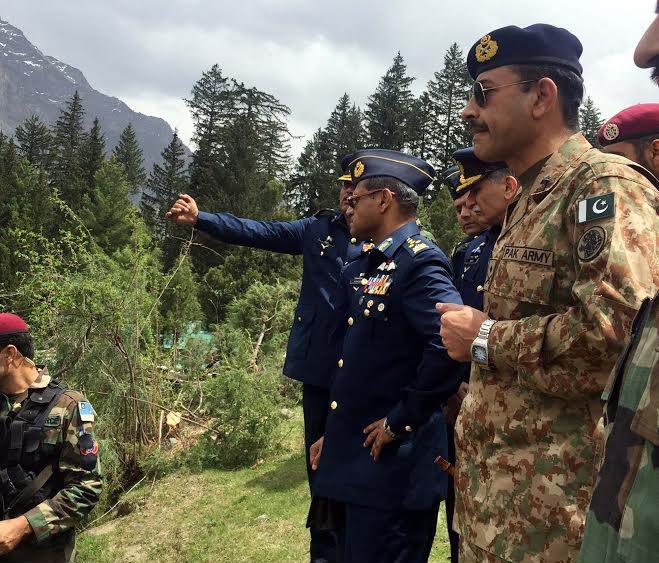 “The pilots were seasoned. The base commander was present at the landing site. The helicopter went out of control due to technical reasons moments before landing,” he told Pakistan Television (PTV).

Meanwhile, members of the PAF’s inquiry board started their task by visiting the crash site.

Foreign Secretary Aizaz Chaudhry said on Friday the findings of the inquiry would be shared with the countries concerned. However, he did not say if the countries which lost their envoys in the tragedy would be allowed to join the probe.

The Naltar incident was the fifth crash involving the Russian-made Mi-17 helicopters since 2004. Most of the crashes, according to investigations into previous incidents, happened because of technical failures.

Delegations from Manila and Kuala Lumpur were expected to reach Islamabad soon to receive the remains of the ambassador of the Philippines and wife of the Malaysian envoy, who died in the crash.

The widow of the Norwegian ambassador and a delegation from Indonesia were also expected to arrive here shortly.

The remains of those killed in the crash were brought to Islamabad on board three Mi-17 helicopters from Naltar. The injured and other diplomats and accompanying members of their families returned on a separate C-130 flight.

All services chiefs, Special Assistant to Prime Minister Tariq Fatemi and Foreign Secretary Chaudhry were present at the Nur Khan Airbase to receive them. 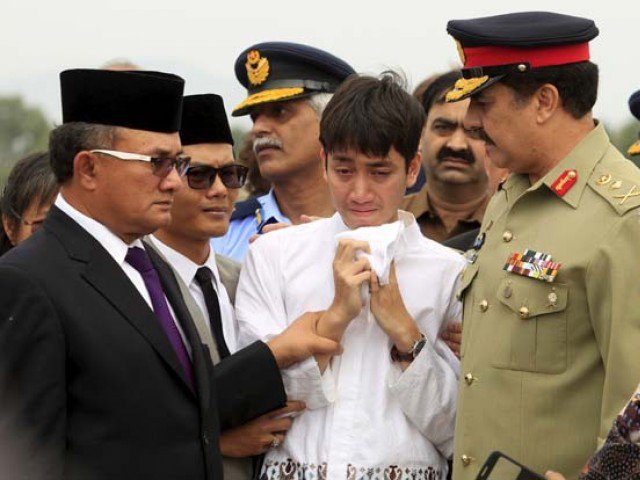 Members of the Islamabad-based diplomatic corps and heirs of Pakistanis killed in the crash were also present on the occasion.

The coffins, wrapped up in flags of the countries of the deceased, were presented a guard of honour by a contingent of the army and air force. Moving scenes were witnessed during the sombre ceremony at the airbase.

The remains of the dead were moved to morgue of the Combined Military Hospital in Rawalpindi. A source at the hospital said the remains would be handed over after DNA tests of the dead.

“Transportation of the mortal remains to the respective countries of the deceased would be finalised after consultation with the families and officials of the embassies concerned and after completion of all formalities,” the FO said in a statement.

Ambassadors of Indonesia and the Netherlands, who received burn injuries, were moved to Special Burns Unit in Kharian. The Malaysian envoy and the ambassador of Poland and his wife were, meanwhile, being treated at a local hospital.

The Russian-built Mi-17, used by air forces across the world, has had a patchy safety record in recent years.

Known for its spectacular mountain ranges, Gilgit-Baltistan is a strategically important autonomous region that borders China, Afghanistan and Indian-held Kashmir.