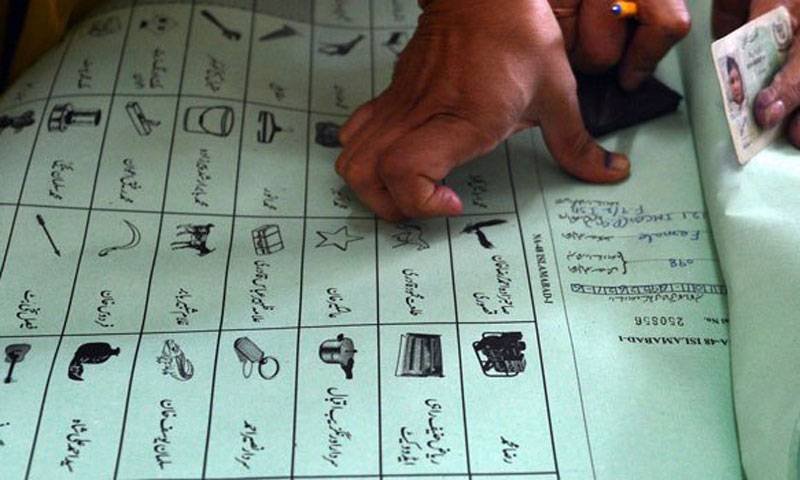 LAHORE (Web Desk) - The National Database and Registration Authority (Nadra) on Saturday submitted a detailed forensic report to the election tribunal pertaining to alleged rigging and malpractice in the NA-122 general elections in Lahore.

The report mentions that there were 136,000 unverified votes in the constituency. 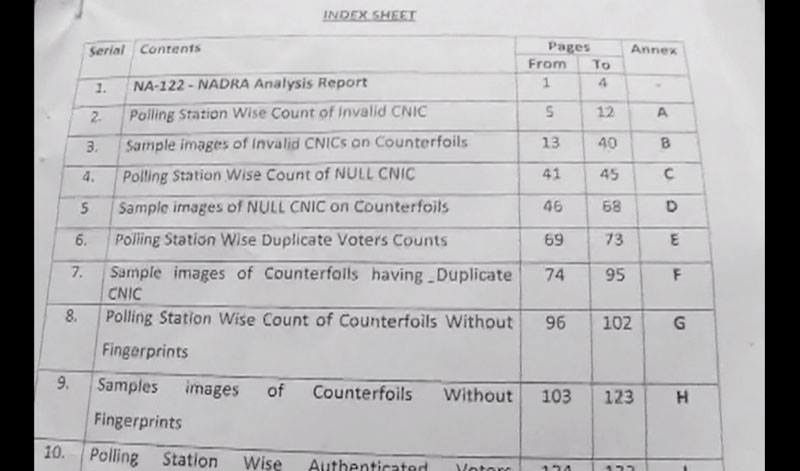 The report also says that in the constituency, 73,478 votes are verified.

After the report was submitted, the election tribunal adjourned the hearing and Judge Kazim Ali Malik has summoned Nadra's DG Syed Muzaffar Ali on May 16 to record his statements before the tribunal in court in order to confirm the report.

Talking to the media men, a PTI lawyer confirmed that the NA-122 poll rigging case was ongoing in the judicial commission and that the “truth would soon be revealed”.

NA-122 was among the four controversial constituencies - the other three being NA-110 (Sialkot), NA-125 (Lahore) and NA-154 (Lodhran) - where PTI had demanded for voters’ thumbprint-verification in the hope of finding a solution that might be acceptable to all concerned.

Earlier this week, Pakistan Tehreek-i-Insaf (PTI) Chairman Imran Khan presented a pre-scan report that he said was issued by Nadra, saying that it contained concrete evidence to suggest mass-scale irregularities in the NA-122 elections.

Imran Khan was defeated by PML-N's Ayaz Sadiq in the said constituency, who is currently the National Assembly's speaker.

Addressing a news conference in Islamabad, the Nadra chariman clarified that the PTI chief had visited him at the Nadra headquarters seeking information about the report on NA-122. However, Mobin said that the report is sealed and that neither the report, nor any part of it was shared with Khan.

An election tribunal accepted the petition of PTI chief Imran Khan and constituted a commission to probe into the alleged rigging in NA-122, the constituency from where National Assembly Speaker Sardar Ayaz Sadiq was elected.

On the other hand, Sardar Ayaz Sadiq’s son Dr Ali Ayaz Sadiq, while talking to media, contended only 51 thumb impressions were not verified by NADRA. He advised Imran Khan not to stray from the facts.

“Imran Khan is national hero and should not ruin his own repute,” Dr Ali suggested. He also stressed that Imran Khan should resign for pressurising his party leader Justice (r) Wajihud Din.