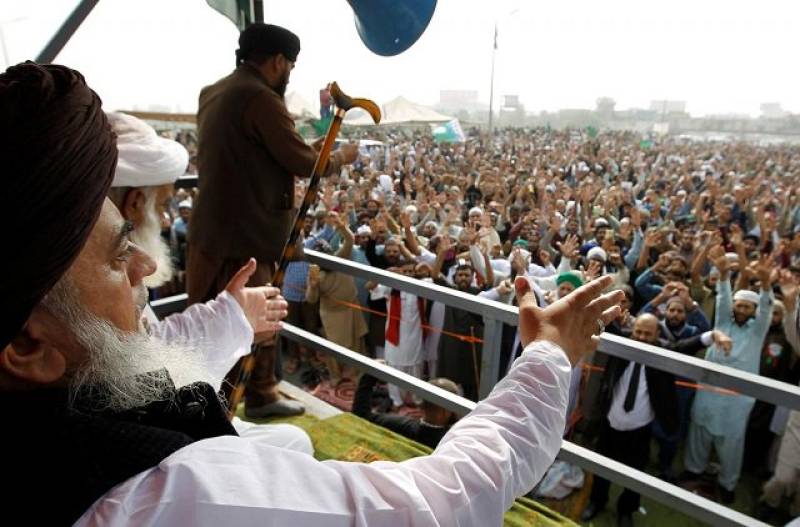 ISLAMABAD - The Supreme Court of Pakistan fixed on Friday the date for the hearing of a suo motu case on the sit-in staged by the Tehreek-e-Labbaik Pakistan (TLP) at Faizabad Interchange last year.

The three-week long sit-in, which had paralyzed the federal capital, was called off on November 27, 2107 after protesters reached an agreement with PML-N government.

The Supreme Court has summoned the record of TLP's registration as a political party from the Election Commission of Pakistan.

Notices have been also been issued to the interior secretary, defence secretary, Islamabad inspector general of police (IGP) and the Pakistan Electronic Media Regulatory Authority (PEMRA) in this regard.

Last year in November, the top court had taken suo motu notice of the sit-in staged by TLP leaders and activists at the Faizabad Interchange.