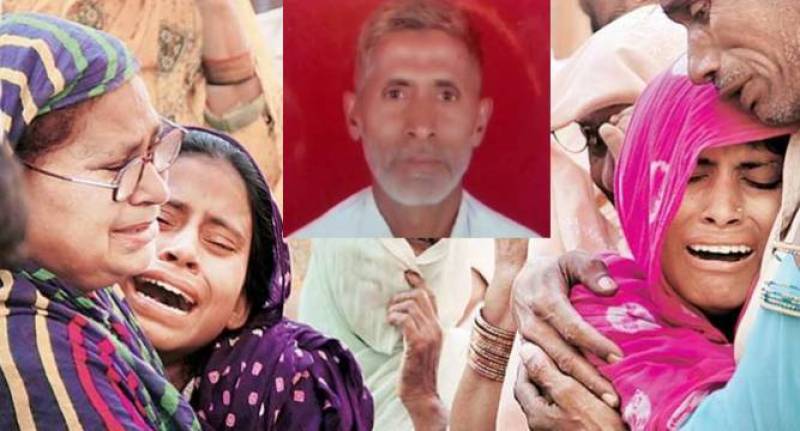 DADRI (Web Desk) - A forensic test has proven that the meat that the Dadri lynch mob found in Mohammed Akhlaq's fridge last week, which they claimed was the proof they needed to lynch him, was mutton, not beef. Mohammad Akhlaq's family had insisted all along that there was no beef in the house, TOI reported on Friday.

However, rumours that Akhlaq had eaten and stored beef in his house, incited a mob that descended on his house, lynched him and left his younger son, Danish, seriously injured.

On the night of September 28, police collected a sample of the meat from Akhlaq's house in Bisada and sent it to a vet for preliminary testing. These tests suggested it was mutton, but the police sent the sample to another lab in Mathura for a conclusive test. That report also confirmed it was mutton, a top government official said.

There was no mention of beef in the FIR the police filed either.

MIM leader and Hyderabad MP Asaduddin Owaisi, while visiting Akhlaq's home last week, slammed the UP government, saying that instead of arresting the attackers, the cops were focusing on the forensic test.

According to the version that TOI pieced together by talking to the family and the police, a brown calf went missing in the village a day before Eid. On the night of September 28, a child saw Akhlaq walk out of his house with a plastic bag with something that looked like meat in it. Akhlaq reportedly threw this bag in front of an electric transformer near his house.

The boy informed a few people about this and four youths, one of them the son of a local BJP worker, gathered inside a temple and concluded that the meat in the bag must be that of the brown calf that Akhlaq had stolen and slaughtered. They announced this over the loudspeaker and Akhlaq was brutally murdered soon after.

The fact that the meat found in Akhlaq's home was mutton and not beef has no bearing on the crime. It was a barbaric murder — mutton or beef. But that it was mutton indicates the rumours were deliberately circulated to whip up communal tension in the village.

Beyond that, it has no real relevance to the issue. The real issue here is whether we will allow lynch mobs to enforce their dietary and cultural choices on others and let them get away with murder. Neither the state and central governments nor civil society should lose sight of that or get distracted by the test results.