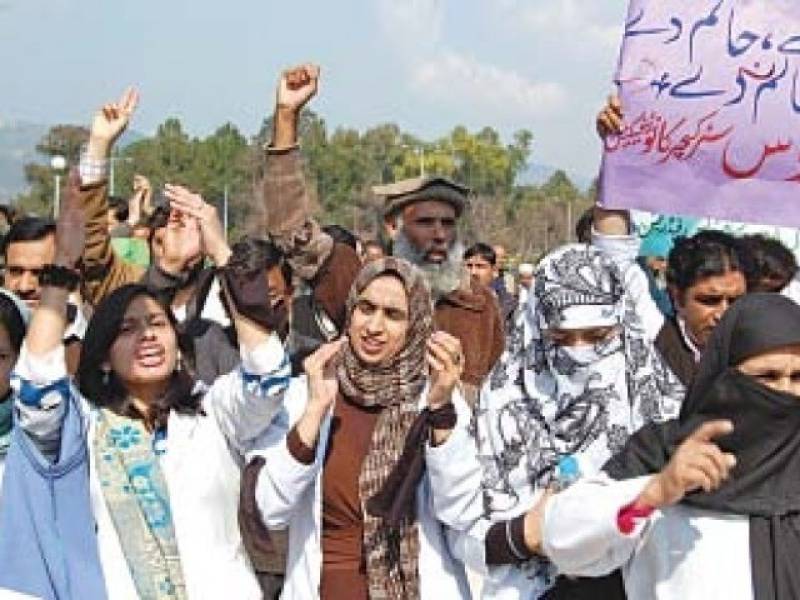 The Secretary health has sent a report to authorities concerned in this regard and risk allowance would be restored till 9pm.

Earlier, protests of doctors and paramedical staff of public hospitals of Islamabad continued for the second consecutive day on Wednesday against cancelation of risk allowance.

The doctors have vowed to continue their sit-in at NADRA Crossing until their demand for resuming the allowance is accepted by the government.

On Tuesday, ugly scenes were seen at Nadra Crossing, where a clash between police and protesters left 25 doctors, nurses, paramedical and non-medical staff injured.

However, the emergencies of all federal government hospitals have been opened after the successful negotiations between government and doctors.

Earlier, the Joint Action Committee (JAC) of doctors gave a 48-hour ultimatum to the government for acceptance of its demand for restoration of the health risk allowance.