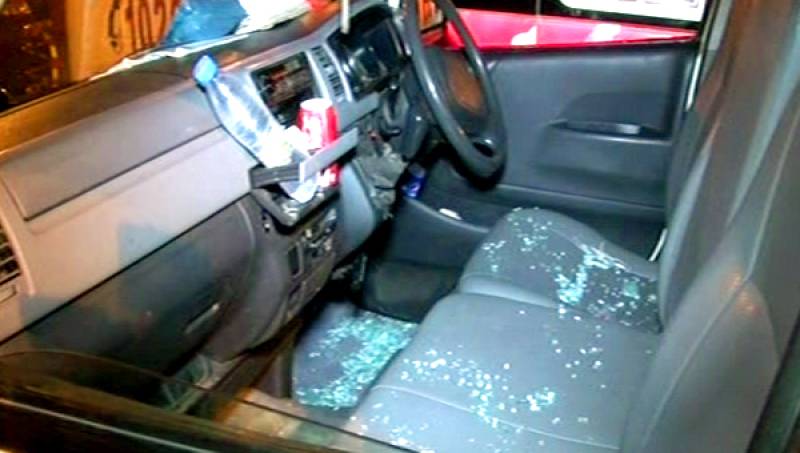 KARACHI (Staff Report) - Doctors have extracted nine bullets from the body of the technical engineer of Geo News killed when its digital satellite news gathering (DSNG) van was attacked in Bahadurabad area on Tuesday night.

According to police, the weapon used to kill Arshad Ali Jaffri was also used in the killing of four police officers.

According to a witness, three men clad in Shalwar-Kameez approached the van on a motorbike. One of them got off the bike and fired multiple shots.

The injured were immediately shifted to a hospital where Jaffri was pronounced dead. The van driver also suffered bullet injuries in the attack.