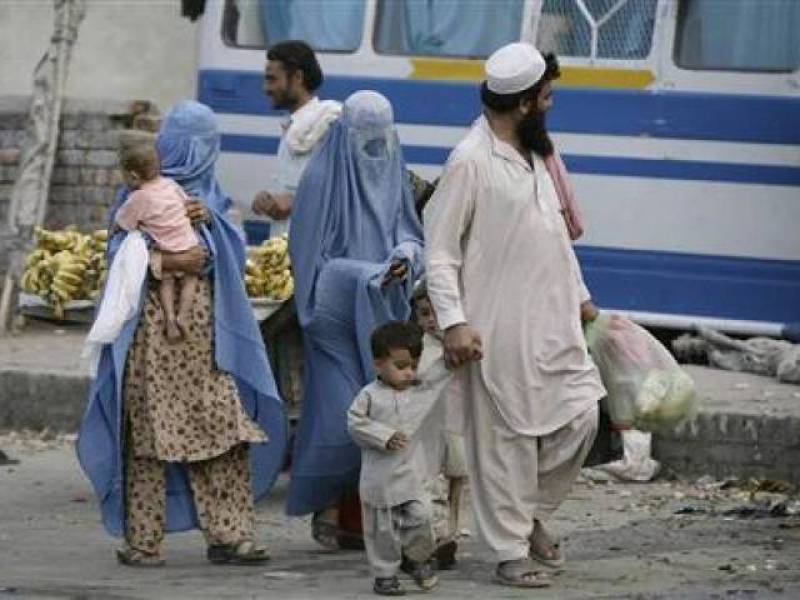 ISLAMABAD - The federal cabinet on Friday granted an extension in the stay of registered Afghan refugees residing in Pakistan for another three months.

The Afghan refugees were, previously, bound to leave Pakistan till December 31 this year, however, after the extension they would be able to stay in Pakistan till March 31, 2017.

According to details, the decision was taken during the meeting of the federal cabinet chaired by Prime Minister Nawaz Sharif in Islamabad.

The officials said the cabinet has directed the Ministry of Foreign Affairs and Ministry of States & Frontier Regions to stay in touch with the UNHCR and Government of Afghanistan for gradual repatriation of Afghan refugees to their homeland.

In a bid to facilitate the relocation of the refugees, the Government of Pakistan has also committed to provide free of cost wheat for the repatriated refugees in Afghanistan for a duration of three years.

Apart from this, the UNHCR also provides $400 to each refugee going back to Afghanistan. The amount will help refugees settle in their native areas.

The Afghan refugees have been advised to contact the UNHCR Voluntary Repatriation Center before departing for Afghanistan to avail the announced benefits.

It is also worth mentioning here that there are over 3 million Afghan refugees currently residing in Pakistan, while during the first eight months this year, over 100,000 refugees have been relocated to camps in Afghanistan.