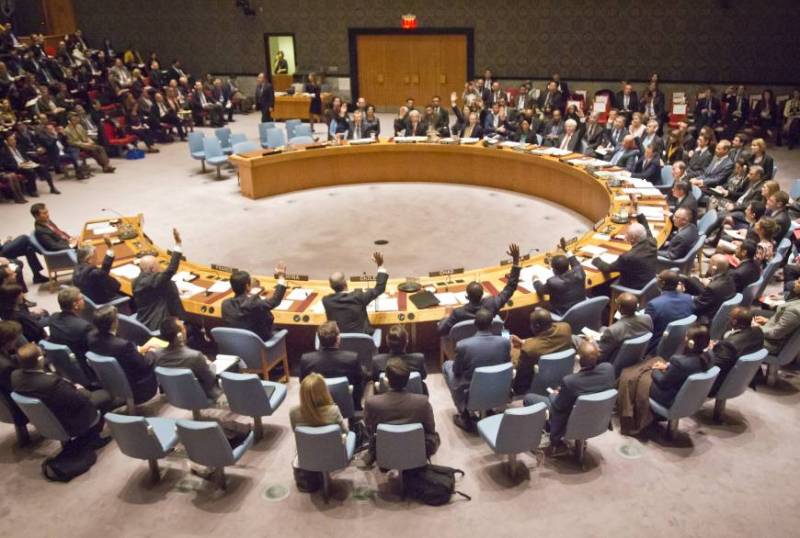 UNITED NATIONS - The United Nations Security Council has  urged the parties to the conflict in Yemen to immediately resume talks with the UN envoy for that country and discuss his proposal for a comprehensive agreement covering both security and political issues.

In a press statement, the members of the 15-member Council “expressed  their continued support for and commitment to the work of the Special Envoy of the Secretary-General for Yemen, Ismail Ould Cheikh Ahmed, in bringing the parties to negotiations with a view towards swiftly reaching a final and comprehensive agreement to end the conflict in Yemen.”

The Council “urged the parties to resume consultations immediately  without preconditions and in good faith with the UN Special Envoy on the basis of his proposal for a comprehensive agreement covering both security and political issues.”

Yemen has been engulfed in violence for some years now. A confrontation  between the country’s Houthis (Ansar Allah) and the Government of Yemen in early 2014 led to a Houthi advance on the country’s capital, Sana’a in 2014, and an ensuing conflict which has involved support from outside parties. The United Nations has been heavily involved in efforts to resolve the crisis, and repeatedly said that there is no military solution to the Yemeni crises and has called for a return to peaceful negotiations.

Until they recently went into a break, Kuwait had been hosting peace  talks “facilitated by the UN envoy” with the Yemeni sides. The break went into effect in early August.

In its statement, the Security Council also “stressed to all parties  that any new political arrangements should be the result of an agreement following negotiations under UN auspices, and not the result of unilateral actions by any side.”

To support consultations of the envoy, and avoid further loss of life,  the Council “urged all parties to recommit to and fully respect the terms and conditions of the cessation of hostilities entered into on 10 April, which will include a complete halt to ground and air military activities.”

Further, in the statement, the Council members reiterated their strong  concern about intensified terrorist attacks, such as that which took place in Aden on 29 August, including by Al-Qaeda in the Arabian Peninsula and the Islamic State in Iraq and the Levant (ISIL; also known as Da’esh), and encouraged all Yemeni parties to avoid any security vacuums that can be exploited by terrorists or other violent groups.

The Council stressed that “a political solution to the crisis is essential to address, in a durable and comprehensive manner, the threat of terrorism in Yemen.”

Noting the devastating humanitarian impact of the conflict, which has  resulted in a large number of dead and wounded, on the people in Yemen, the Council also emphasized that the humanitarian situation there will continue to deteriorate in the absence of a peace agreement.

The Council called upon all sides to comply with international humanitarian law and to take urgent measures to improve the humanitarian situation, and to allow safe, rapid, and unhindered access for humanitarian supplies to all affected governorates and facilitate access for essential imports of food, fuel, and medical supplies into the country and their distribution throughout.

In the statement, the members of the Council reiterated their strong  commitment to the unity, sovereignty and territorial integrity of Yemen.