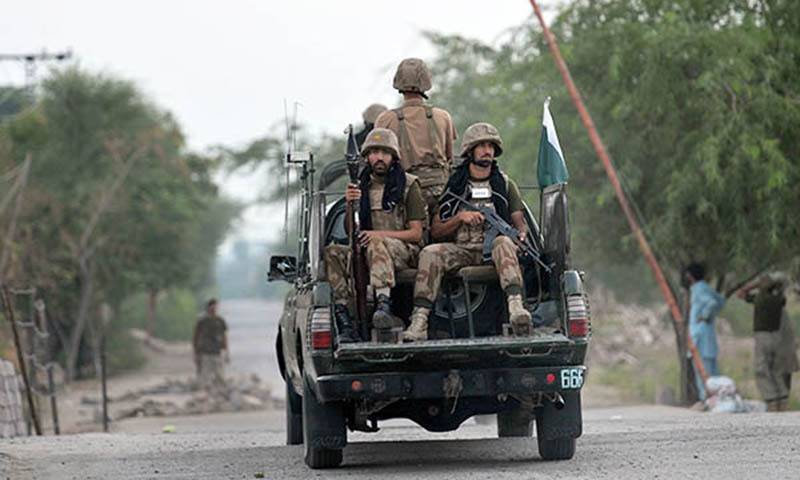 QUETTA - One soldier was martyred and one wounded while four terrorists were killed during intelligence-based operations (IBOs) in Balochistan, the Inter-Services Public Relations (ISPR) said on Sunday.

According to the ISPR statement, security forces conducted IBOs in the Jhao area near Awaran and recovered a large cache of arms and ammunition.

During the operation, 24-year-old sepoy Ramz Ali who belonged to Mirpur Khas embraced martyrdom while another soldier Naik Yaqub was wounded, ISPR said.

The terrorists killed during the operation were involved in the ambush of a military convoy earlier this year in Mashkai where five soldiers were martyred.