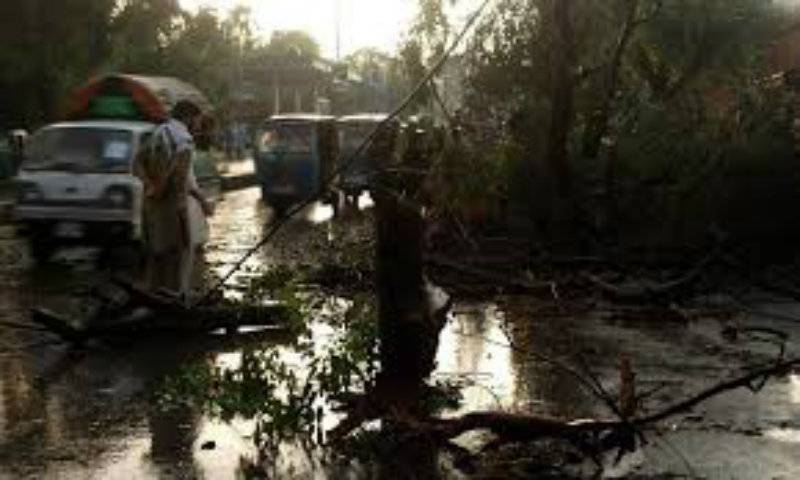 PESHAWAR – At least six people, including a child, have been killed and other 54 injured after heavy storm and rain hit parts of Khyber Pakhtunkhwa (KP) province.

According to the Provincial Disaster Management Authority, three persons were killed in Peshawar, two in Swabi and one in Mohmand district.

The gusty winds also ripped off the ceiling of a Bus Rapid Transit (BRT) project station No 26 in Tajabad.