Cadets from Srilanka, Iraq, Maldives and Nepal were also among the graduating cadets 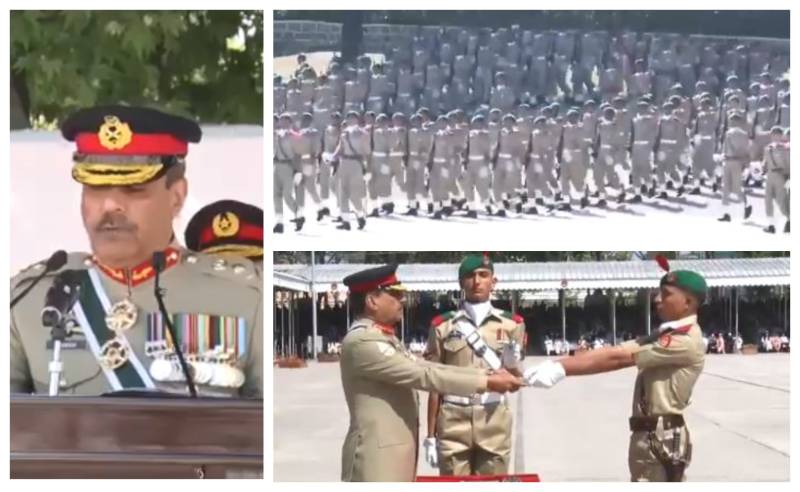 According to the ISPR, cadets from Srilanka, Iraq, Maldives and Nepal were also among the graduating cadets. Chairman Joint Chiefs of Staff Committee, General Nadeem Raza was chief guest on the occasion.

CJCSC reviewed the parade and gave awards to distinguished cadets.

While addressing, Gen Nadeem Raza congratulated the passing out cadets for successful completion of training and commission into Pakistan Army.

CJCSC said that Pakistan is committed to peace and has contributed towards regional peace and stability.

CJCSC advised passing out cadets to keep themselves abreast with latest challenges . The only way to meet these challenges is through professional prowess and dedication as the Nation pins high hopes on Armed Forces of Pakistan.

RAWALPINDI – The Pakistan Army Promotion Board on Friday promoted 37 Brigadiers to the rank of Major General. A ...