Samsung shows off Note 9: Is it worth the wait? 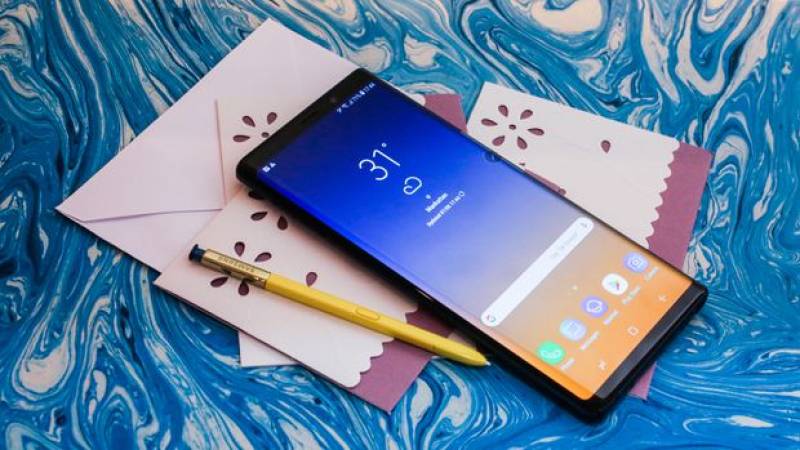 Samsungs Note series has always been the most ambitious smartphone series we have seen. Although the phones have never been perfect, they have reached quite close. Then again, designing a perfect smartphone would be impossible as perfection varies from person to person.

The last big update the Note series got was when the Note 4 was released, adding a bunch of new features that no one had seen before. Then, there was the Note 7, though we all know how that went. The Note 9 might just be the step-up the Note series needed since the Note 4.

Samsung has gotten worse at their design innovation.  The Note series has had the same design as the Note 5, and this is a huge disappointment as, after three to four years, people expect a better design of hardware.

Similarly, Apple has had the same design since their iPhone 6, it would be a shame to see two of the largest giants following the same rules, in turn giving consumers less choice. Nonetheless, the Note 9 has an all-glass design, dual cameras, a heart-rate sensor, stereo speakers and a fingerprint sensor on the back. It comes in two colors, Lavander Purple and Ocean Blue.

The purple varient is equipped with a purple S-pen but the blue one comes with a contrasting yellow one. You need to see it for yourself to see if you like it or not. As always, Samsung never disappoints when it comes to the display. They are so good at it that even Apple has started to buy displays from Samsung.

The Note 9 has a 6.4" 18:9 SuperAMOLED infinity display (1/10 of an inch bigger than the Note 8). Above and below the display are the stereo speakers tuned by AKG and also support Dolby Atmos, meaning that it will be an amazing device for not only browsing the web and watching videos, but also gaming.

Talking about the design of the note series seems incomplete to not mention the S-pen. The S-pen has gotten a much due overview, as now it actually seems like a feature that you would want to use.

The S-pen now has a low-powered Bluetooth connection which you can use for taking selfies, using it as a presentation remote, controlling music etc. The S-pen is powerful enough till 30 meters. 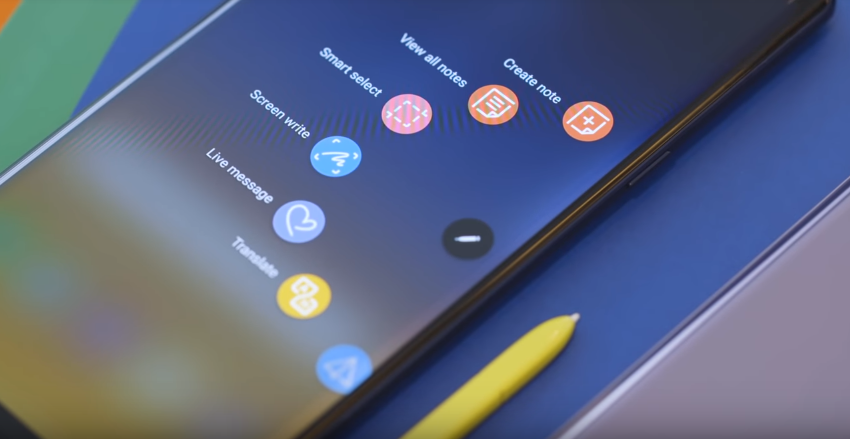 Also, depending on what app you are in, the button can be pressed in different ways to access different commands (Long-presses, Clicks, Double-clicks etc). The coolest feature about the S-pen is that Samsung with be providing the SDK for it so developers can add their own features to it.

Most phones nowadays only have 32GB or have another model with 64GB storage. Some would say that itself is too much, but Samsung has gone overboard with a whopping 128GB (6GB RAM) and if you thought that was enormous, they also have an insane 512GB (8GB RAM).

Oh, and did I mention you can add a 512GB SD card to get over a terabyte of storage on a smartphone. It also has a Snapdragon 845 with a three-time-larger thermal spreader, meaning that the phone will spread heat evenly.

All this in English means that your phone won't get hot at all and will also provide better battery life. The power in this phones rivals some high-end laptops and even the 12" MacBooks. You might be wondering why would you want so much power in a smartphone. 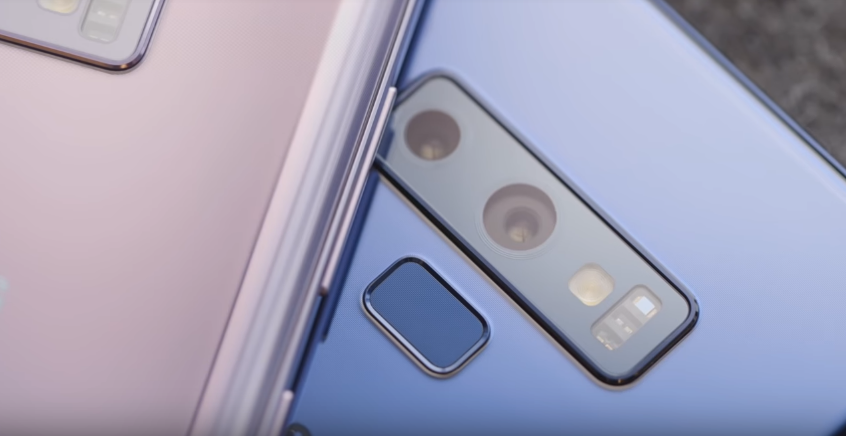 Well, the Sammy has you covered, offering a Samsung Dex device that is just like a USB-C to USB-C connector, which can turn your Note into a full fledge laptop and can even run laptop-grade apps, meaning that you can easily edit 2k footage with a device that fits in your pocket! And not to mention, you can use the phone separately while you are using the Samsung Dex.

Let's not get ahead of ourselves, remember the Note 7 shipwreck Samsung faced when they tried to put a larger battery in their phones? It exploded. Samsung freaked out and started putting much smaller batteries (which, might I add were more than double the iPhones) in the next generation of phones (Note 8, S8, and the S8+).

Well, Samsung thought its finally time to step its foot back with the Note 9. It has a 4000 mAh battery, combine that with the better thermal spreader and you are looking at a 2-3 day battery life easily. And just to clarify, Samsung has done extensive testing on the battery to make sure it doesn't explode again.

As expected, the Note 9 comes with two rear cameras, both with optical image stabilization, one being a 12MP wide-angle lens to capture those landscapes and the other being a 12MP telephoto lens to get amazing close-up photos as well. The front camera is an 8MP shooter and will, of course, have a bokeh mode.

We should also expect great low-light performance, similar to the Note 8, as it also has the dual aperture lens, switching between a 1.5 to 2.4 aperture. A first for Samsung is the AI features in the camera, meaning that it will analyze the environment and enable the best possible settings. 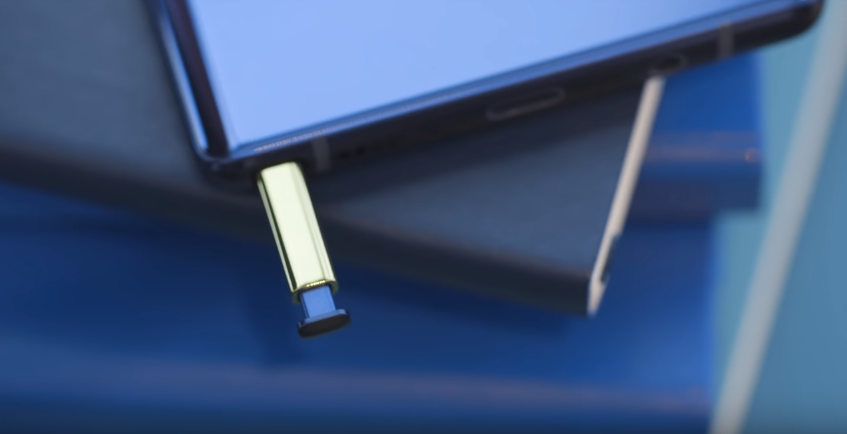 Yes, you can use the manual mode too if you like being more hands on. There will also be a new feature called 'flaw-detection' meaning that the phone will be able to tell if someone blinked or the picture is blurry or it has red-eye etc.

The 6GB/128GB model will be available for $900 and the 8GB/512GB model will be available for $1100. However, Samsung will have to keep its price tag below the dreadful 6 figures [PKR 100,000] So to recap, the design hasn't changed much, but everything else has seen a major upgrade, such as the battery, storage, processing power, S-pen, Camera etc. You can pre-order the Samsung Note 9 on 10th August and the phone will be released on 24th August.