Six drown as passenger bus falls into canal near Taunsa 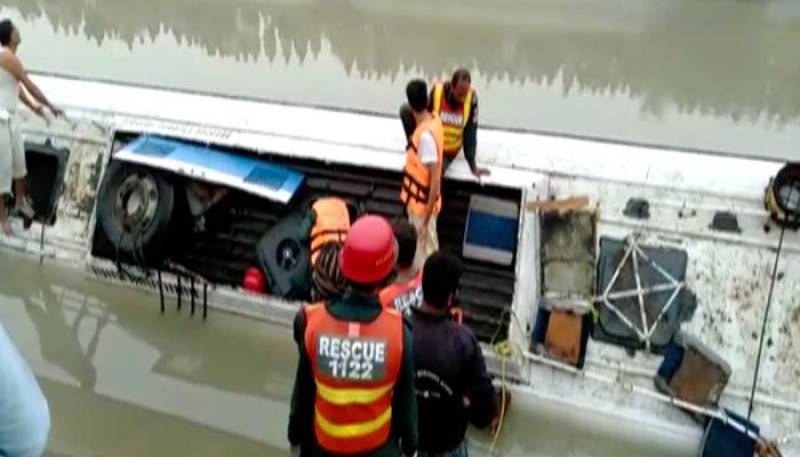 TAUNSA SHARIF - At least six people drowned when a passenger bus fell into the Chashma Right Bank canal near Headsuba on Monday.

Rescue officials said that eight people rescued themselves, while the authorities saved the lives of four people and are searching for two people.

Meanwhile, four people were killed and 20 injured as a Swat-bound bus from Karachi overturned near Rajanpur, reports Geo News.

The identities of the deceased in both the incidents have not been revealed by the authorities.

The injured were shifted to a nearby health facility for immediate treatment.