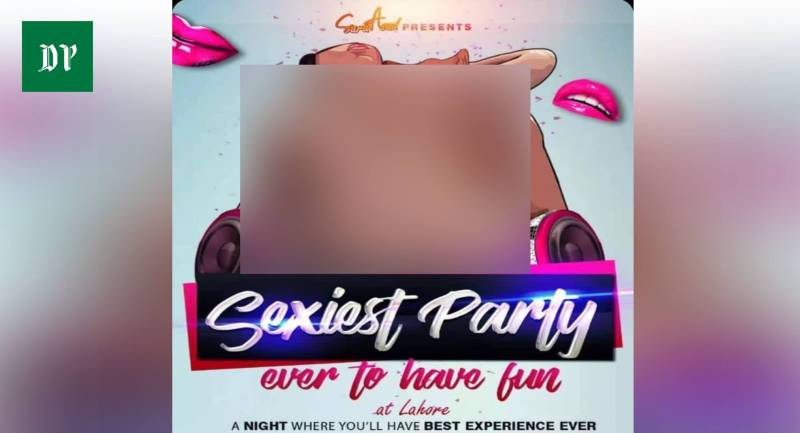 LAHORE – While the new coronavirus doesn’t appear to be losing potency and has become much more lethal, resulting in dozens of deaths each day, local prostitution rings continue to build even stronger networks through internet to boost the dirty business in Pakistan.

Let alone the danger of a suffocating death by bug, if there is anything these ‘warm & welcoming’ hosts fear it’s their social media accounts getting blocked that they use to boost the clientele. And, tragically, the business is booming as they benefit from an active social media presence and operate in a coordinated manner. Although not regularly, these accounts are being kept updated with “Premium deals”, teasers of role-play games, adult memes, and even PSL match stats.

Among dozens of these groups, being operated sophistically in big cities like Karachi, Lahore and Faisalabad, one that goes by the name of “SaraA***” is the most active and behind this invitation-only party. As they offer an unholy breath of life to the curious and restless souls for just a few thousands of rupees, hundreds of people appear to be dying to join the event – no matter at what cost.

Fake accounts being run by real people, who ask for money in advance to be transferred through EasyPaisa and JazzCash – two biggest mobile payment platforms – for a ‘live show’.

An investigation into these social media accounts reveals a network of fraudsters are also sending bulk messages on Whatsapp for honey trapping young single men and women. This is the second consecutive week the ‘swinger couple’ from Faisalabad, who also run a Snapchat profile but only for ‘premium paying customers’, have been inviting people to the late-night event.

For a 45-min live show, they ask for an amount of PKR 3,000. First, they insist on being discreet about the transaction and then simply block the sender after receiving the payment. Faizan (not his real name), a young man from Lahore, while sharing his ‘ordeal’ with DailyPakistan, said he found the profile through a Whatsapp message over the last weekend and got interested enough to send them the money. Despite the fact that the motor mechanic from Dharampura area knows he has been duped into losing a quarter of his monthly income, he feels “very depressed” as the party was cancelled on Wednesday morning. 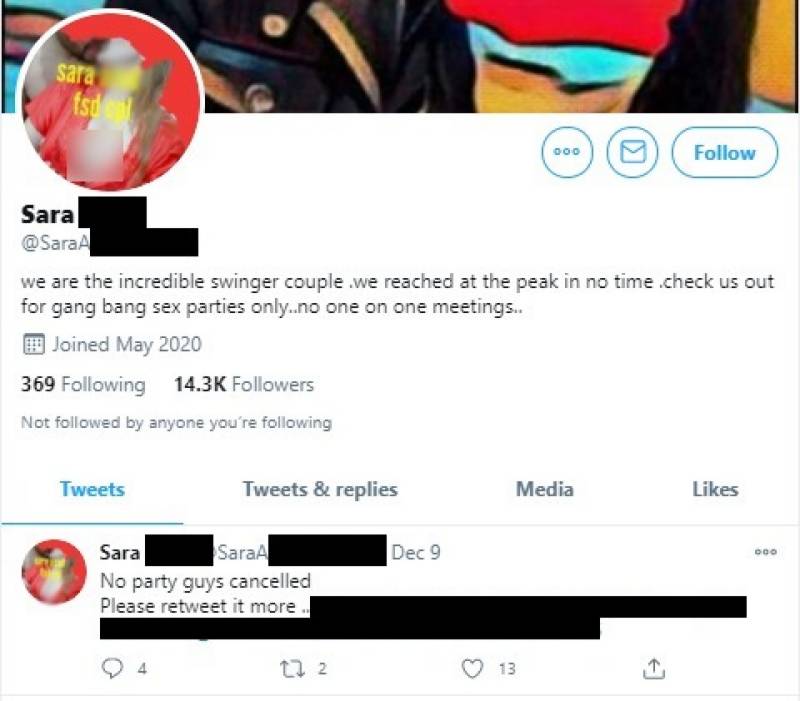 The underground sex industry in Pakistan has evolved to the challenges put forth by the coronavirus pandemic in creative ways, whether it be by BigoLive strip tease or premium Snapchat shows. As much as Pakistan's largely conservative society tries to disregard, online or live sex is in great demand as the COVID-19 pandemic drags on. But the probability of sexual frustration is even greater among those who live on their own.

While couples can still fulfill their needs while isolating at home, sexually active single men like Faizan often have to settle for themselves; hence, falling prey to such fraudsters. The 22-year-old, who is fascinated by the stories of his friends finding hookups on the internet with little efforts, still wanted to give it one last try as he looks forward to meeting ‘SaraA***’ one day. Like many other people who still don’t believe that the COVID-19 is real, he is not even afraid of contracting the coronavirus.

All this raunchiness in the heart of Islamic Republic of Pakistan, under the nose of authorities, even as they are on their toes to enforce COVID-19 guidelines for stemming the virus spread. At the moment, Pakistan’s positivity rate has soared close to 10 percent, with over 8,600 deaths and nearly 430,000 overall cases so far.

Faizan’s story underscores the continued challenges of persuading Pakistanis to follow safety guidelines even as a second wave of the virus hits, particularly as the winter months approach us. Last month, the government ordered the closing of all public schools as virus positivity rates keeps kicking upward. Larger restrictions on indoor dining and mass gatherings remain in place while several areas across the country are under smart lockdowns.

It also calls for stricter enforcement of cyberlaws to protect the citizens, who are exposed to vulgarity and fraud online that often result in sex-related crimes, drug abuse, and frustration. COVID-19 regulations that prohibit wedding guests from Traditional Greetings (hand shaking, hugging etc.) simply cannot allow such “swinging scammers” to mix up with their clients during the pandemic. After all, it’s about protecting public health!