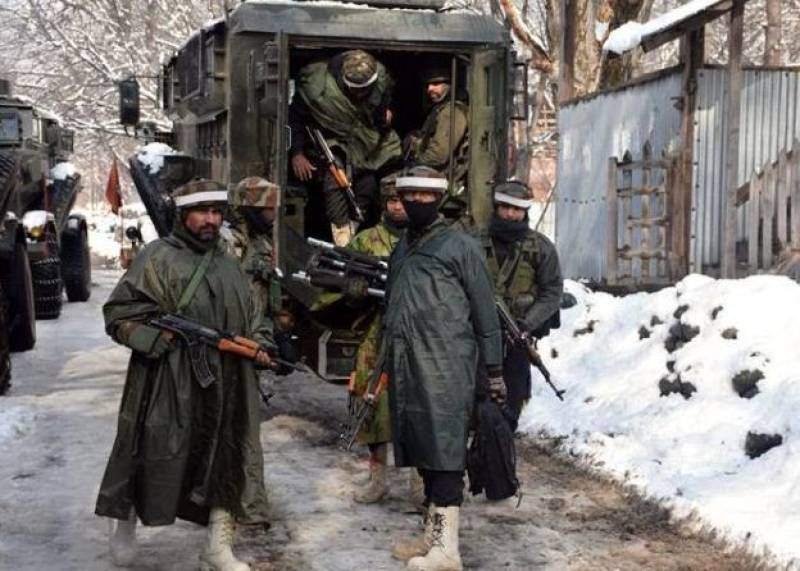 SRINAGAR – Indian troops, in their fresh act of state terrorism, killed five people in Kulgam district of the occupied Kashmir (IoK) on Sunday.

According to Kashmir Media Service (KMS), the Indian forces killed the youth during a cordon and search operation in the Kellam area of the district.

The troops also destroyed a house during the ongoing operation, triggering widespread protests.

Dozens of people were injured when troops fired shotgun pellets and tear gas at protesters in Kellam village of Kulgam district. The injured were shifted to Kulgam district hospital for treatment.

They were protesting against the operation and subsequent killing of the youth by the Indian forces in the area.

The authorities suspended mobile phone and Internet services in the district. Train services have also been suspended in South Kashmir.

The clashes were going on when the report was filed.