Commentary Box: Afridi should have retired before this World Cup, and other observations 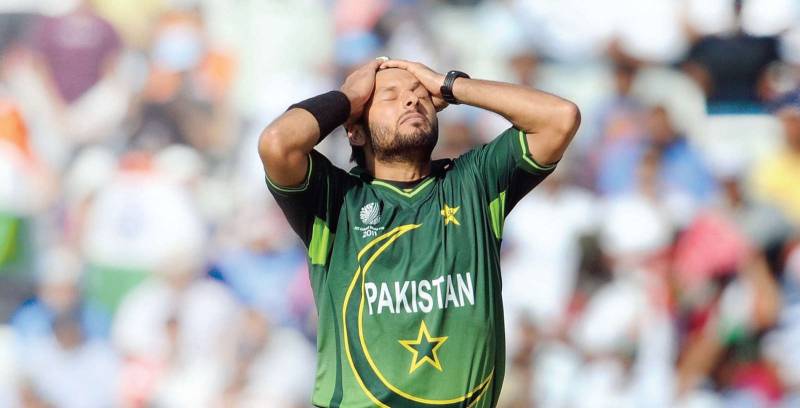 So apparently Shahid Afridi's last world cup is upon us. The superstar that was once now appears to be a shade of his golden self which used to be so marvelously inconsistent. Now there's just an average bowler left in the ruins.

The Associate members are competing for places in the gala at the moment with Bangladesh being almost a certainty to feature in the next round.

An upset has already occurred with Oman beating Ireland in a thrilling finish by two wickets while chasing a healthy total. The eye catcher was the last over where with three wickets left Oman scored fifteen runs with major help from the bowler.

The unlucky achiever was MC Sorensen. With Sami bowling two no balls in an over recently to kill a match, this comes to show that the dew factor may require its due respect. Sorenson kept it simple, 5 from the first ball a boundary and an overstepping offence. The same sequence was repeated on the 5th ball with 3 required as this time Sorensen decided to take no assistance from the batsmen or anyone by bowling a beamer that beat both keeper and batsman at above head height.

My first pick to feature in the tournament, Bangladesh, played a pretty close contest with Netherlands eventually defeating them by 8 runs with Taskin ahmed conceding just 8 runs in the last over when Netherlands required 17. Mashrafe Mortaza bowled three very tight overs to bring it to that equation for Taskin. At one stage Netherlands were cruising to the set target of 154. With 54 needed off 30 and 7 wickets in hand it looked a match for Netherlands to win but for Mashrafe's accurate death bowling. Bangladesh got to that total on the back of an 83 by Tamim Iqbal who hit a fifty for the first time in T20 internationals after Dec 2012.

Inzamam appears to be doing great things for the Afghani team, which is my second pick to feature in the World Cup. Shahzad (not the PSL dancer but the Afghani cricketer), who looks like a medium well done version of the Inzi, is providing Afghanistan with a strong start and a healthy total to defend. Scotland gave 170 runs quite a chase with there openers reducing the runs required to 85 in 11 overs but then the spin factor of the Afghan bowling proved way too much for the Scotts.

In other news, the India Pakistan fixture at Dharamshala has been moved to the Eden Gardens, a venue which brings back so many bad memories from the quarter final in 1996 against India. The only survivor from that day who was handled brutally by Ajay Jadeja is our Coach Waqar Younus. The PCB is waiting for reassurance messages from BCCI whilst the ICC head states that all assurances by all authorities are made.

Afridi should have retired before this World Cup.