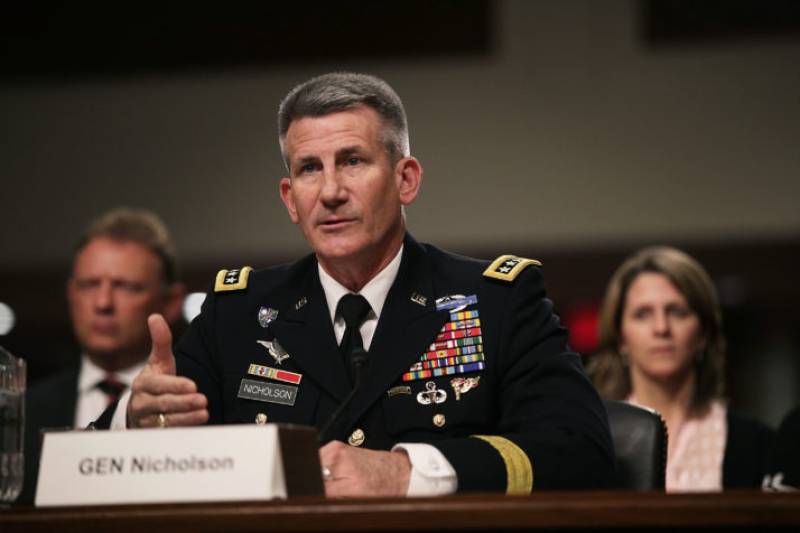 WASHINGTON - US Army General and commander of the NATO-led coalition in Afghanistan, John Nicholson, has claimed that there has been no change in Pakistan’s behaviour and no increased cooperation on terrorist safe havens.

In a media interaction after a meeting of NATO defence ministers in Brussels on Thursday, he observed that the US was cementing ties with Pakistan to wipe out terrorism.

"You've heard the public statements from President Trump, from (Defence Secretary James) Mattis, from (Chairman of the Joint Chiefs Gen. Joseph Dunford) from (Secretary of State Rex) Tillerson, so we are engaging at the very highest levels with the Pakistanis to work together with them against these terrorists that are undermining the stability of the entire region," Nicholson added.

The official declared that Pakistan had fought hard and suffered heavily against those terrorists but hastened to add that now the US) was asking Pakistan to focus on the terrorists that were attacking Afghanistan and attacking the coalition.

Nicholson maintained that United States had been very clear about the direction where it wanted to go.

"We hope to see some change in the coming weeks and months," he asserted.

On the other hand, Defence Secretary James Mattis said during the meeting that the US government was reaching out to the international community to help encourage Pakistan to take action against the Afghan Taliban by offering incentives and disincentives.

The Secretary noted that US was going to work with Pakistan and 'make this work'.

Relations between the two nuclear-armed allies became sour after a harsh speech by Trump in August announcing a change in the country’s policy on South Asia.