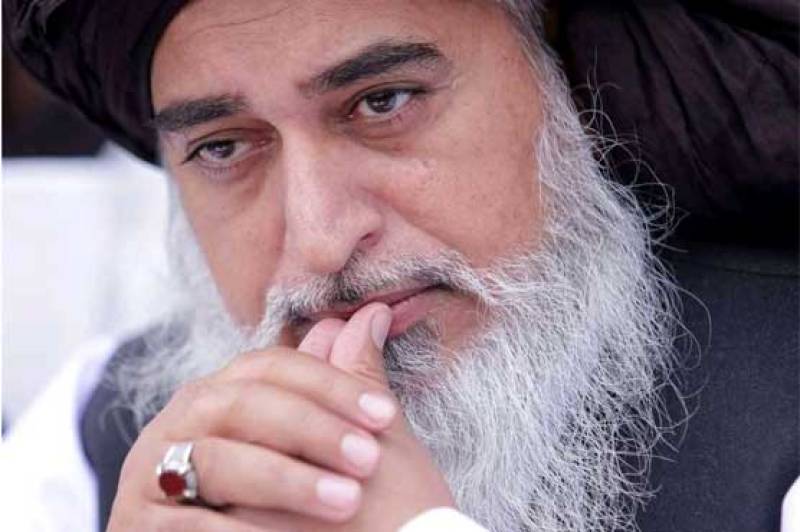 LAHORE - The Lahore High Court has accepted an application for hearing seeking the initiation of treason proceedings against Tehreek-i-Labbaik Pakistan (TLP) chief Khadim Hussain Rizvi and the chief of the Jamiat Ulema-i-Islam-Fazl, Maulana Fazlur Rehman.

The provincial high court accepted the application, filed by Advocate Syed Mohammad on behalf of Shabeerullah, on Friday over charges of issuing anti-state statements and inciting people to violence by the duo.

In his application, the petitioner cited the statements of both the leaders in the aftermath of Aisa Bibi case, pleading the court to hold them accountable.

'Following their statements, the country was held hostage for three days which was tantamount to making an attempt to suspend the Constitution,' the petitioner has pleaded.

Tehreek-e-Labbaik Pakistan staged protests across the length and breadth of Pakistan after the apex court acquitted Asia Bibi - a blasphemy suspect on grounds that the prosecution failed to prove its case.

Maulana Fazlur Rehman also staged protests against the acquittal of Asia Bibi and disparaged the order of three-member bench in this regard.

Asia Bibi was alleged of blasphemy in 2009 and her death sentence was upheld by the Lahore High Court as well, however, the top court nullified the sentence and set her free following which she was released from Multan prison.

The federal government had also issued directives to arrest the individuals involved in violence following which hundreds of agitators were nabbed through footages and pictures.

Prime Minister Imran Khan had also instructed Punjab government to prepare a compensation package for those who lost their valuables during the protests that ended after the government signed an agreement with TLP leaders.