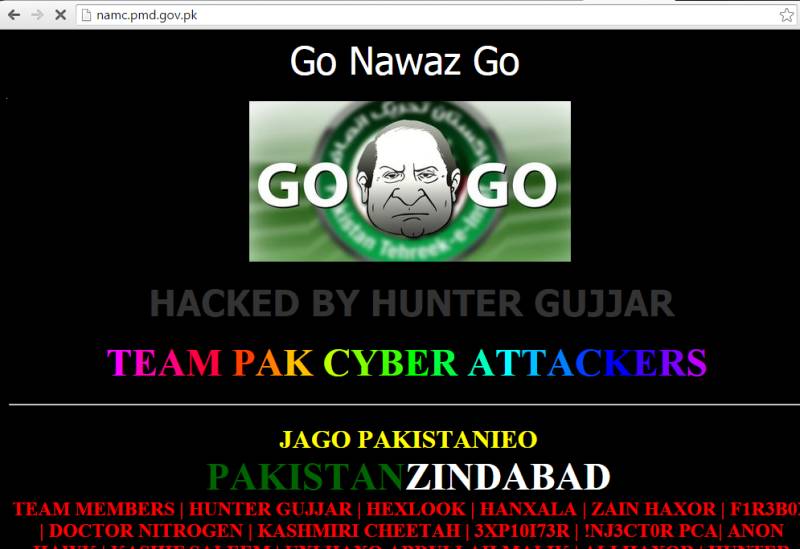 The hackers, which used names such as Hunter Gujjar, Dr Nitrogen for the activity, also used "Pakistan Zindabaad" slogan while urging Pakistanis to wake up. 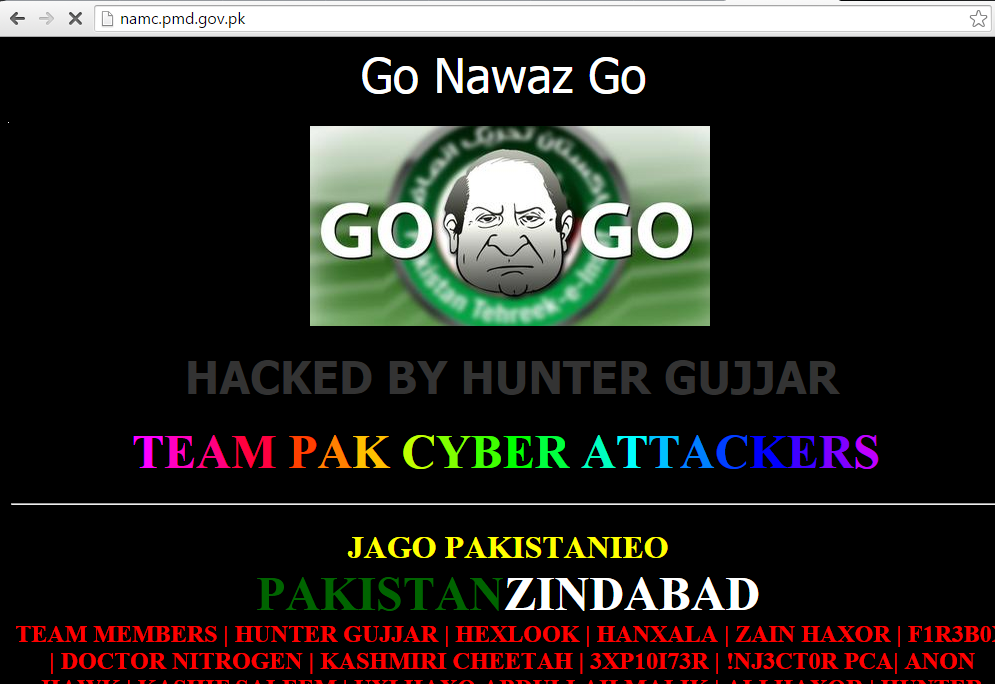 One of the hackers, Hunter Gujjar, has also dropped a link to his Facebook profile which reveals that his actual name is Muhammad Waseem. 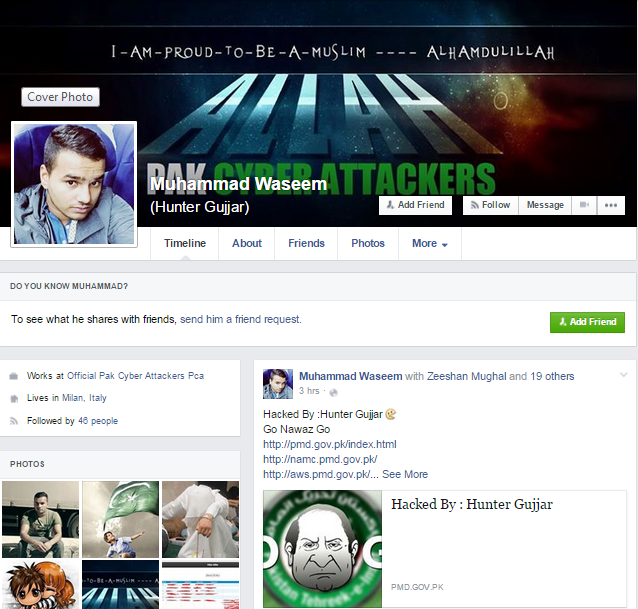 According to information available at his Facebook profile, the hacker is a member of Pakistan Cyber Attackers team and resides in Italy.

It is also pertinent to be mentioned here that "Go Nawaz Go" was the most chanted slogan from PTI's historic sit-in at Islamabad's D-chowk in 2014. The party is all set to challenge ruling party, PML-N, in Sunday's by-poll in NA-122 which one the four most disputed constituencies of country.