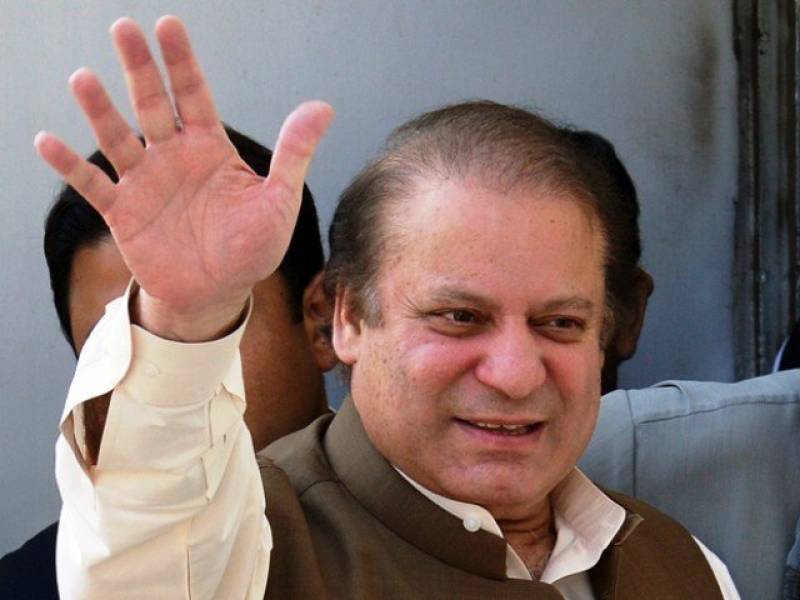 The prime minister visited areas including Shah Alam Market, Chowk Azadi, Bhati Cowk, Lahore Railway Station and Devis Road, the majority of which lies in NA-122 constituency. Nawaz Sharif reviewed the progress in ongoing development projects in the areas during his visit.

According to a statement the premier also visited Lahore Metro Bus System, Government College University and Minar-e-Pakistan, along with high level federal and provincial officials.

He also observed the situation of traffic management system of the city from different spots.

In a letter to Chief Election Commissioner (CEC) Sardar Raza, the PTI secretary general Naeem-ul-Haq went on to say that recent press conferences of Prime Minister and Punjab Chief Minister are an desperate attempt to affect the voting trend in NA-122. PTI has already expressed its concerns about Election Commission Member Riaz Kiyani and recent statements from public office holders confirm that government is trying to manipulate the polling results, he said.

He further stated that according to the code of conduct the prime minister and chief minister cannot announce any new projects after the announcement of by-polls. The federal ministers cannot participate in the electioneering for by-polls, he reminded ECP.

The PTI leader request the CEC tot ake serious notice of these activities that in other words can be termed as ‘pre-poll rigging’.