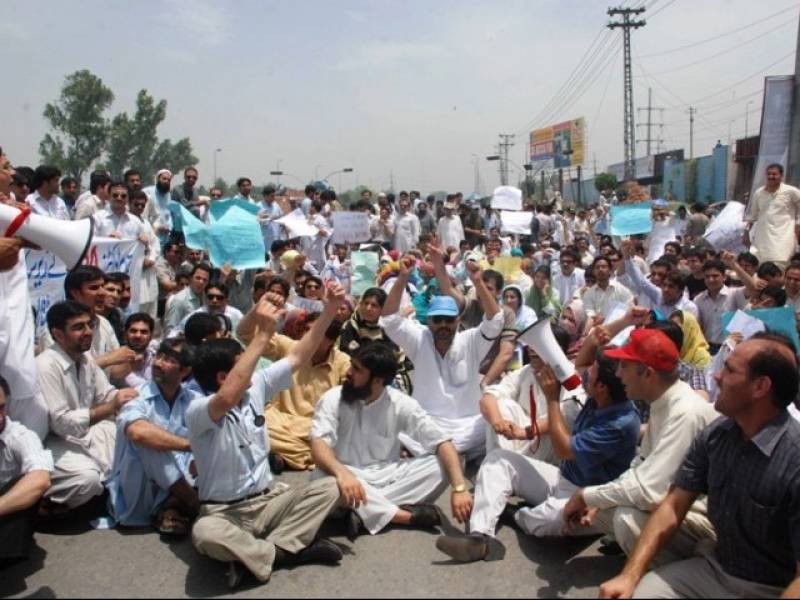 The Finance Minister assured the delegation that all of their genuine demands would be accorded due consideration. Both sides agreed to hold a meeting on Saturday to have detailed deliberations on the demands of the Joint Action Committee.

Earlier, protests of doctors and paramedical staff of public hospitals of Islamabad continued for the third  consecutive day on Thursday against cancellation of risk allowance.

On Tuesday, ugly scenes were seen at Nadra Crossing, where a clash between police and protesters left 25 doctors, nurses, paramedical and non-medical staff injured.

However, the emergencies of all federal government hospitals have been opened after the successful negotiations between government and doctors.

The Joint Action Committee (JAC) of doctors had given a 48-hour ultimatum to the government for acceptance of its demand for restoration of the health risk allowance.