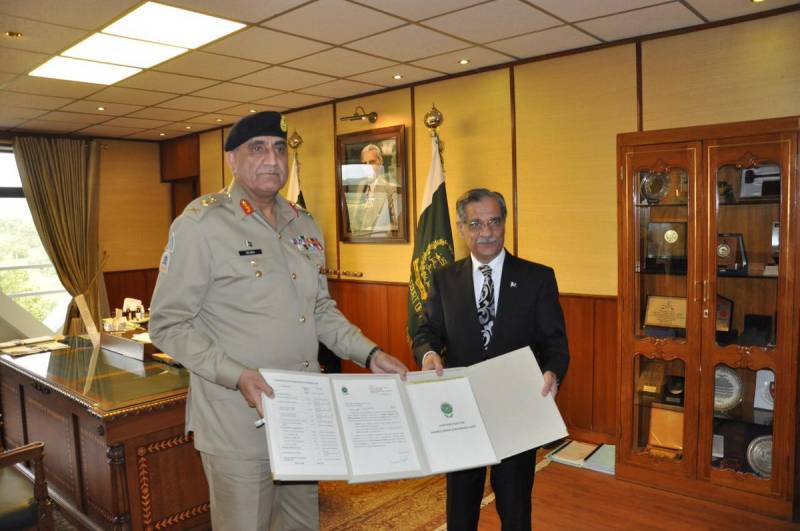 RAWALPINDI - Pakistan Army has donated a staggering Rs 1 billion to the fund opened for the construction of Diamer Basha and Mohmand Dam.

Chief of the Army Staff, General Qamar Javed Bajwa wrote a letter to the chief justice Mian Saqib Nisar on Monday, outlining that the Pakistan Army Officers and Junior Commissioned Officers donated for the national cause.

Pakistan Army Officers including civilian officers paid out of defence estimate i.e one day pay to the fund.

Moreover, according to the letter, Junior Commissioned Officers/ soldiers and civilians paid one day pay to support the fund opened by the top judge in July.

The military chief detailed that the Pakistan Army's welfare organization has also contributed to the fund, estimating the total donations to over Rs 1 billion, which is being deposited in the account opened for the said purpose.

Earlier, the military chief met the chief justice Mian Saqib Nisar at latter's chamber and discussed the progress on the construction of dams and funds collected in this regard. 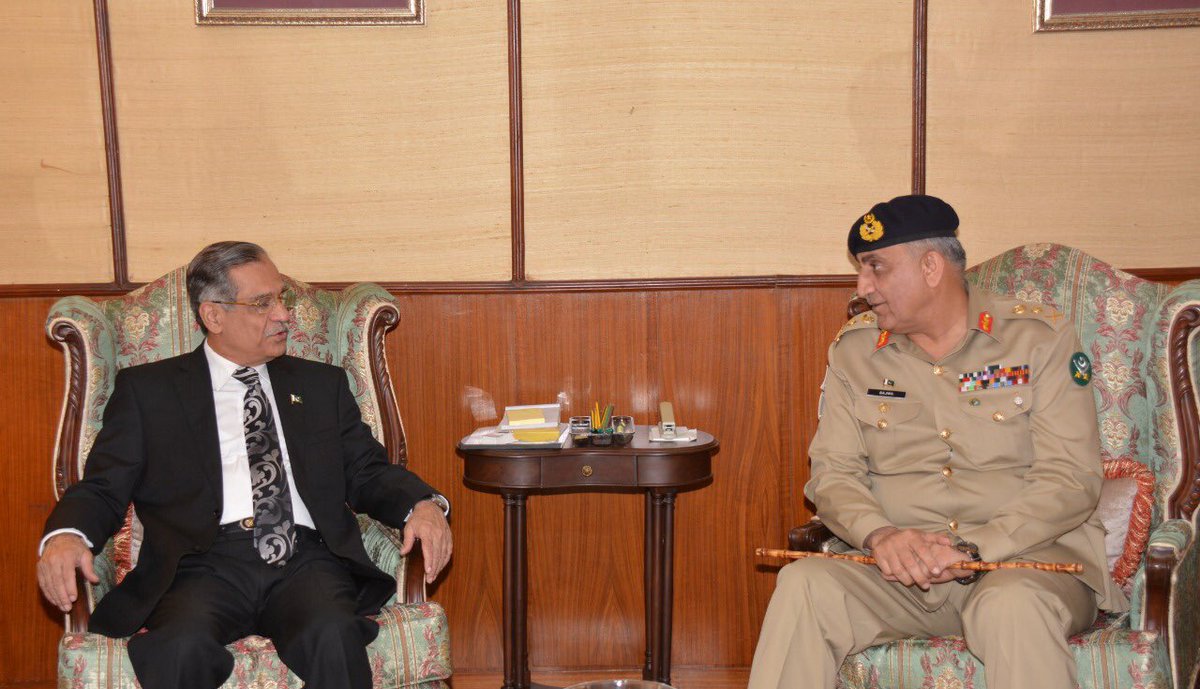 Pak Army shall continue to contribute towards nation building as a national institution, the military head conveyed to the top judge.

The military's donation is the biggest contribution by any department to the fund, for which the premier Imran Khan has also ramped up efforts to collect money.