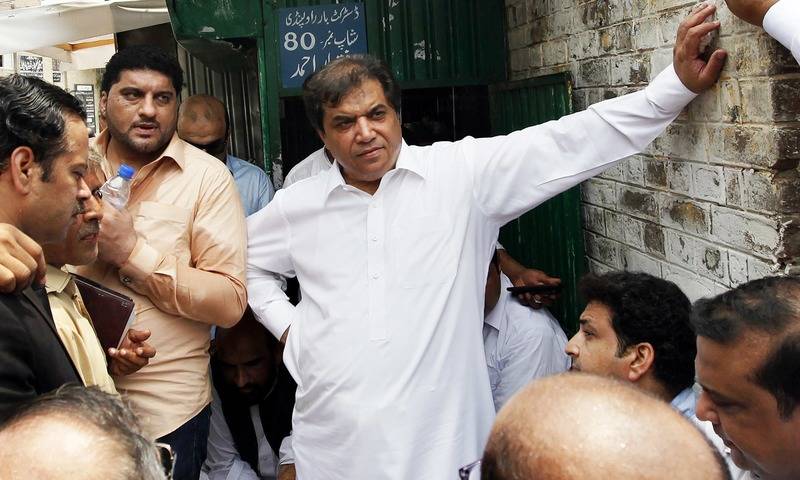 LAHORE – Hanif Abbasi of the former ruling party – the Pakistan Muslim League (Nawaz) – has been granted bail by the Lahore High Court in a narcotics smuggling case.

A two-member bench, headed by Justice Alia Neelum, suspended a special court’s decision of life-term to the politician handed last year and ordered his immediate release.

In his petition, Abbasi stated that the anti-narcotics court had overlooked crucial legal points in its decision.

"Seven other suspects were released. The case was formed against the petitioner on a political basis," the petitioner added and pleaded the LHC to suspend the sentence.

Judge Muhammad Akram Khan had reserved judgment in ephedrine case against Abbasi after his lawyer completed arguments in the court where the accused was also present.

Abbasi, who was contesting the upcoming election from NA-60 Rawalpindi against Sheikh Rasheed last year, faced charges of misusing 500kg of the controlled chemical ephedrine which he obtained for his company, Gray Pharmaceutical, in 2010.

The Anti-Narcotics Force (ANF) had registered a case against Abbasi and his accomplices in June 2012 under various sections of the Control of Narcotics Substances (CNS) Act.