ECP to use biometric machines in NA-19 by-polls 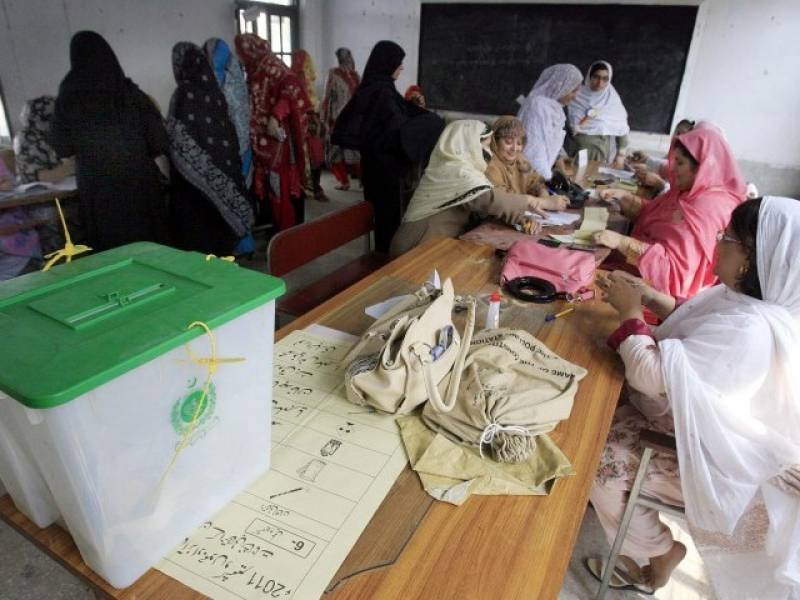 ISLAMABAD (Staff Report) - Election Commission of Pakistan (ECP) on Tuesday announced to use biometric machines during NA-19 (Haripur) by-election at 30 selected polling stations across the constituency.

The conduct of polls through biometric machines is in line with the desire of political parties, which was conveyed through the Electoral Reforms Committee of Parliament (ERCP).

It was the recommendation of the ERCP that any by- election may be conducted through biometrics to educate general public about its use in electoral activity by following the 'principle of evolution' in a careful manner instead of revolution while introducing new technology in elections.

Since, the whole exercise would be performed purely on experimental basis; therefore, the impact of use of biometric machines on bye-elections would not disturb the electoral process in the constituency.

To achieve the aforesaid goals, the ECP has already taken all the contesting candidates on board and briefed them comprehensively by sharing with them the Standard Operating Procedures (SOP) to use biometrics machines at 30 selected polling stations.

All the contesting candidates had welcomed the idea of use of biometrics machines as an experiment and gave their consent in this regard.

They have resolved to extend their full support to the ECP that includes sensitizing their polling agents and educating the voters at large about the use of biometrics machines during the bye-elections.

The cascading interactive trainings sessions on use of biometrics machines will be completed on August 13.

The seat of NA 19 constituency fell vacant on directives of Supreme Court to hold election for fresh mandate.