Iran calls for settlement of Kashmir issue through diplomatic means 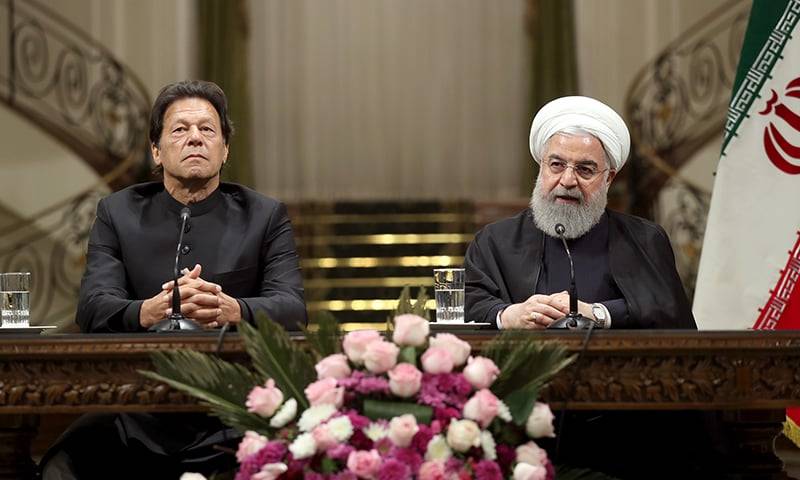 ISLAMABAD/TEHRAN – Iran has called for settlement of the decades-old Kashmir issue through diplomatic means.

In a telephonic conversation with Prime Minister Imran Khan on Sunday, Iranian President Hassan Rouhani stressed that Muslims of Kashmir must be able to use their legal rights and interests to be able to live in peace.

The call was made by Prime Minister Imran Khan as part of his outreach to world leaders on the grave situation in Indian occupied Jammu and Kashmir, according to Radio Pakistan .

President Rouhani also expressed his concerns over the atrocities and killing of innocent people in Occupied Jammu and Kashmir. He underlined that all possible efforts must be made to keep the regional tensions low.

PM Imran, during the call, underlined that the actions taken by India in a bid to change the internationally recognized disputed status of Occupied Jammu and Kashmir were in violation of UN Security Council resolutions.

Furthermore, any change in the demographic structure of Occupied territory would constitute a violation of the international law.

Khan particularly highlighted the serious risk of massive killings as part of the crackdown by Indian forces in Indian Occupied Jammu and Kashmir and stressed that the international community must act urgently to prevent the impending calamity.

He apprised the Iranian leader of Pakistan 's repeated calls and efforts, urging India to resolve this seven-decades old dispute through peaceful means, in accordance with the long-standing UNSC Resolutions.

The Pakistani premier also appreciated Iran 's principled stance on the Kashmir issue and Iranian leadership's consistently strong voice in support of the rights and wellbeing of the people of Kashmir.

Both leaders agreed that no military solution existed to resolve this long-standing dispute.

Meanwhile, Imran Khan stressed that India should be counseled to immediately resolve the issue under the UN resolutions.

In the bilateral context, the two leaders expressed satisfaction at the progress made in further strengthening of relations between Pakistan and Iran , especially following the visit of Prime Minister Imran Khan to the Islamic Republic in April.