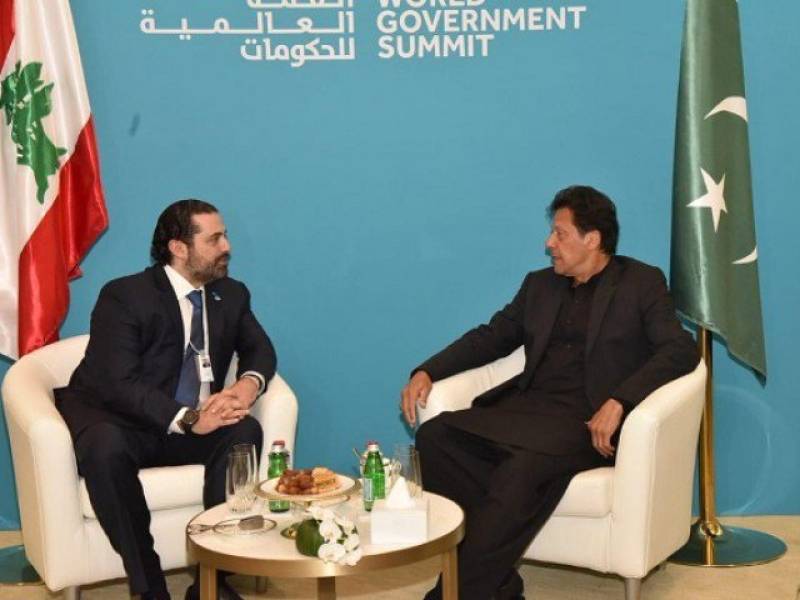 Chaudhry took to Twitter on Monday and said Prime Minister Imran Khan during his meeting with the Lebanon premier discussed the speculations of any National Reconciliation Ordinance (NRO)-like deal with Sharif to which Harriri said it was his mistake to request Musharraf, seal a deal with Sharif.

“The Sharif family did not fulfil its commitment due to which I faced embarrassment,” the minister cited the Lebanese prime minister as saying.

Earlier in the day, Finance Minister Asad Umar also said made the same remarks that the Lebanese PM had acknowledged helping the Sharif family for securing deal with Musharraf was his mistake.

Dispelling the rumours regarding any NRO like deal, Umar asserted that the government would not make any compromises.

On Sunday, PM Imran met his Lebanese counterpart on the sidelines of World Government Summit during his day-long visit to Dubai.

On the other hand, former foreign minister Khawaja Asif rejected the speculations regarding the NRO saying, PM Khan had granted NRO to his sister Aleema - referring to the offshore property of premier's sister in Dubai.

During a press conference on September 8, 2007, the Chief of Saudi intelligence, Prince Muqrin bin Abdul Aziz, and Lebanese politician Saad Al-Hariri urged Nawaz Sharif not to return to Pakistan complying with the agreement.

The presser was made after a joint meeting of duo with  President Gen Pervez Musharraf. Saudi Ambassador to Pakistan Awadh Al-Asseri was also present during the meeting.

Mr Hariri said he had played a key role in securing Mr Sharif’s release from jail in 2000 in exchange for his exile in Saudi Arabia as a guest of the royal family. He expressed the hope that Mr Sharif would honour his commitment and stay out of the country.

Prince Muqrin and Mr Hariri waived a copy of the agreement which according to them bound the former prime minister and his brother to avoid coming to Pakistan unless their 10-year exile period was over.