Terrorism: Why is Pakistan a Convenient Suspect? 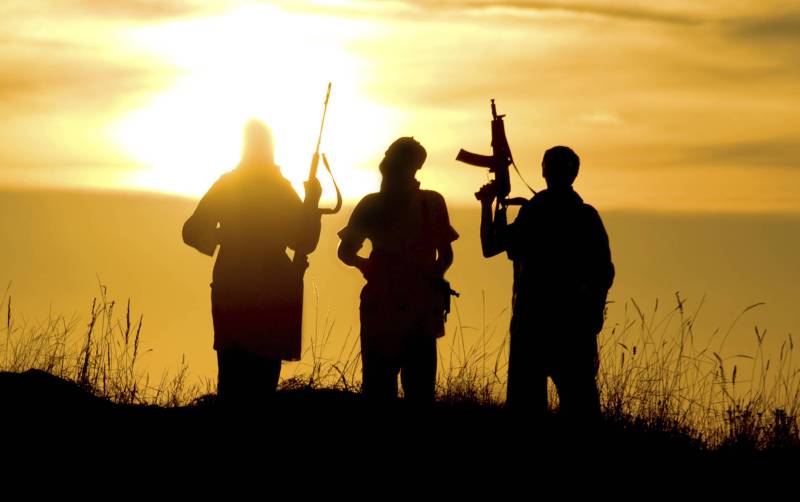 The recent rise in the anti-Islamic sentiments specifically in the West warrants a close scrutiny of the pattern that is subtly taking shape in which almost every other “terrorist” turns out to be a “Muslim” and is somehow ultimately found to have links with Pakistan. Most investigations are even substantiated with facts claiming that the offenders have been born, trained or at least been given safe havens in Pakistan. Particularly in the backdrop of San Bernardino shootings in California, Pakistan has once again emerged as a country that is nurturing as well as propagating terrorist elements. Even though there still is a lot of ambiguity surrounding the investigation reports and controversial evidences but the question remains as to why Pakistan so easily gets zeroed in for the terror crimes.

Incidents of erratic shootings by locals are not a new happening by any means for the Americans. Such occurrences have been reported to be taking place in schools and public places since long but never have been termed as an act of terrorism. Usually the culprits are declared to be the victims of either some social pressure or psychological impediments, causing them to act in a violent manner. It surely makes one wonder then why if a similar pattern has been replicated with slight change in the personal profile of perpetrators in term of their nationality and ethnicity, the whole treatment meted out to the case is altogether different. In case of Bernardino shootings Western media was too quick to jump to the conclusion that not only was it an act of terrorism but that the terrorists had been directly in touch with the ISIS. However this proclamation was later refuted by the Western media itself and was replaced by another version which claims that the act of terrorism was carried out by a Muslim couple with Pakistani nationality and although did not have any linkages with ISIS but was nonetheless inspired by the same ideology.

Here it is also noteworthy that KSA where Tashfeen Malik practically lived all her life is not even being considered for its possible role in terms of her religious indoctrination and in turning her into a hardliner, if she was one at all. The investigations are focusing more on the brief time period she spent in Pakistan to pursue her studies and the Madrassah she attended here during her stay. Not just that but the she is being looked into in more detail than her husband just because she did spend some time in Pakistan. One again Pakistan and its “terrorist sanctuaries” are being highlighted and underscored. This is quite understandable as the West wouldn’t want to place blame on its oil rich close ally and allow any kind of undue friction in their relationship. At the same time this approach can effectively be used to put further pressure on Pakistan to “do more” in terms of curbing terrorist networks and extremist elements in and outside the country. Nonetheless it does put a big question mark on the credibility and sincerity of the West itself and its efforts to fight terrorism where it is deliberately resorting to pick and chose its area of operation instead of adopting a comprehensive and even handed policy.

Having said that one cannot deny that there are certain indicators which provide the West with an opportunity to look at Pakistan with suspicion. For instance the religious intolerance is widespread in Pakistan and for some reason was allowed to prevail and grow unnoticed for quite a long time. This menace has now penetrated so deep into the social fabric of society that rooting it out has become almost close to impossible. Despite various counter measures like operation Zarb e Azb, wich even though had been quite successful; the real challenge still remains i.e. to change the mindset of the people. Only recently a huge protest was witnessed in Lahore against the arrest of a shopkeeper who was spreading hatred against a minority Ahmadi community. Hundreds of people who came out on the roads in his support are not terrorists but common individuals with hate mongering personalities and mindsets which reflects collectively at a national level. It is an unfortunate fact that this distorted manifestation of religion where minorities are openly being harassed and victimized is being considered an acceptable behavior and no religious leader issued any fatwa against such virulent acts.

When a society itself has no qualms about coming across as intolerant and extremist then one really cannot blame outsiders for showing Pakistan in a negative light or dragging it in as a prime suspect in a terrorist incident. Despite the invigoration of NAP, the will to over ride writ of the state is quite strong. Unfortunately the state has a poor track record of dealing with such matters. Unless and until a firm stance is taken on this issue, Pakistan will stay vulnerable to bad propaganda.

This hate mongering itself becomes the basis for terrorism. There is a need to bring about change in the thinking of the individuals which can be done by revising curriculum in educational institutes. Along with operation clean sweep against terrorist elements there is a need to inculcate important moral values such as respect, love and tolerance for every human being irrespective of their caste, creed and ethnicity. Hatred against other communities should be condemned at every level and stopped and banned by force without discrimination. Last but not the least, writ of the state should prevail.