"JIT head is a 'Qadiani', won't accept an inquiry not headed by a Muslim": Zainab's father rejects CM Punjab's probe ... 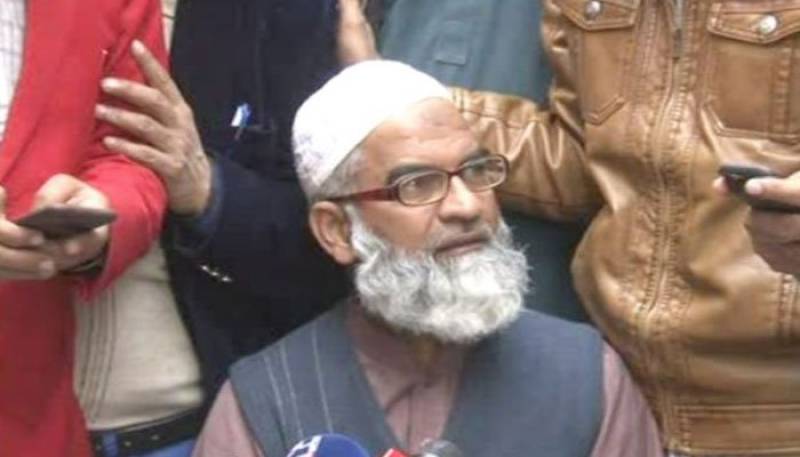 LAHORE - The father of seven-year-old Zainab who was found raped and murdered this week has demanded of replacing the head of a Joint Investigation Team (JIT) formed to probe the case.

“It has been learnt that the JIT head - Additional IGP Abubakar Khuda Bakhsh – is a 'Qadiani',” said Mr Ameen at a press conference in Kasur on Thursday while rejecting the probing team's leader tasked by the Punjab chief minister yesterday.

LAHORE - Chief Minister Shehbaz Sharif on Wednesday ordered the authorities to immediately arrest the rapist-killers of ...

"We don’t have trust in the JIT head," the victim's father stated and appealed to "replace him with a Muslim".

Abubakar Khuda Baksh is the same officer who led a five-member JIT formed by the provincial government to investigate the massive child abuse and extortion scandal in Hussain Khanwala village of Kasur district.

Seven-year-old Zainab was found raped and killed Wednesday, five days after she had gone missing from her home. Police say the girl was kidnapped near her home when she was on her way to take a Quran class. Her parents were in Saudi Arabia to perform Umrah.

Referring to Shehbaz's early morning visit to their house today, Ameen said that the chief minister assured him of action against the culprits. Ameen also appealed to keep the people’s properties and belongings safe, saying that violence could "hijack our protest, which is peaceful".

He added that they do not want conspirators to join their ranks.

He also lamented that the police did not take any interest after his daughter’s kidnapping. "Had they taken action in time my daughter would have been here today. I want justice for my daughter," said Ameen.