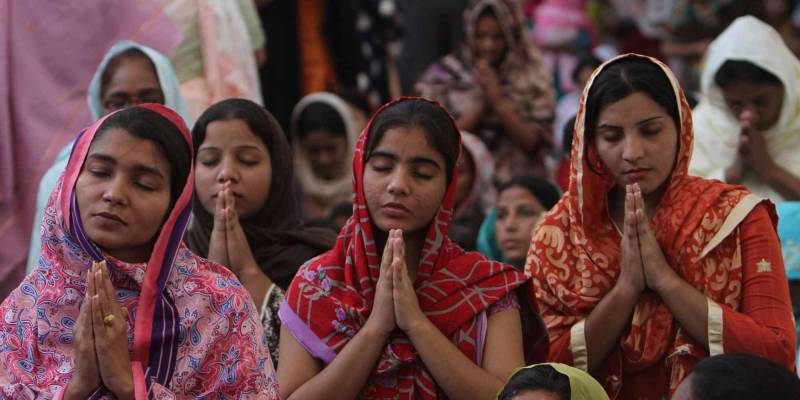 ISLAMABAD: A historic Day of Tolerance was observed in the capital and throughout the country yesterday to concede the existence of various minority groups in the country.

The proceedings were ironically disrupted by representatives of the same minority groups who were to be honored at the event, in what has been described by a government spokesman as a classic case of “biting the hand that feeds.”

The official commemoration of the Day of Tolerance was held to much fanfare at the PNCA auditorium in Islamabad.

At a press conference preceding the event, a spokesperson for the Ministry of Information, Broadcasting and National Heritage applauded the wisdom of the founding fathers in conceding an entire portion of the national flag to religious minorities at the time of Pakistan’s birth.

He said: “The founders knew that they [religious minorities] had to be granted recognition before they could organize and demand even greater concessions.”

He remarked that it was time to extend the same kind of recognition to members of other minority groups, representing all shades of political, ethnic, sectarian and sexual identity in Pakistan.

He also added that, in view of public sentiment against the celebration of diversity, the event would not feature any music, bright colors or biryani. “We scoured the city looking for the blandest janaza pulao to serve you today,” he said, beaming with pride. Leaders and representatives of all political parties and their entourages were seated in the front half of the auditorium, while members of the media and public occupied the remaining seats.

The lack of seating arrangements for representatives of different minority groups was duly noted by the Minister for Information, Broadcasting and National Heritage, who was nevertheless confident that the amount of recognition each minority group received by the end of the event would more than make up for the logistical oversight.

This remark was met with a chorus of grumbling and a few outbursts of scattered applause.

The Chairman of the PML-N and Prime Minister, Mian Nawaz Sharif, was next invited to address the event. He congratulated himself and his administration for overseeing the evening’s historic proceedings and dedicated his party’s success in the 2013 Elections to the different minority groups in attendance.

The Prime Minister was of the view that he understood the plight of minorities in Pakistan better than they did themselves, and, in a rare moment of emotion, made a startling personal confession.

“I belong to a minority group myself,” he said gravely. “The saying – “sharifon ki kammi padh gayyi hai” – is one-hundred percent true.”

He added that, despite the hardships minorities such as himself had historically faced, his election was proof that things were changing in Pakistan. “This time, it looks like nobody is going to force me out of office. Take a moment to imagine what that means for all of us.”

The Minister for Information, Broadcasting and National Heritage then returned on stage and regretfully informed everyone that time had run out.

Speaking over a few indignant cries, he announced that the representatives of each minority would not be able to address the nation, as per the event schedule.

“Don’t worry, minorities,” he added. “We still have enough time for the title-giving ceremony.”

This calmed the somewhat rowdy audience members on the stairs, allowing the Minister to proceed.

“Our first title is: Most likely to adopt children,” he said, smiling at an all-male group in exceptionally flamboyant clothes.

“Next, we have a title for: Most likely to die impersonating Muslims.” The group he was referring to promptly left the auditorium.

“And this title is for our brothers who travelled here all the way from the north-western border: Most likely to go missing on the way to work.” He looked towards a row on the stairs that had been empty since the beginning.

“I see the title fits,” he added, with a lighthearted chuckle.

The ceremony was then interrupted to make an important announcement.

“I’ve been informed that the refreshments tents are ready,” said the Minister. “Unfortunately, we ran out of plates, so, minorities, you’ll have to use the plain steel ones—”

At this point the remaining minority groups began to deliberately disrupt proceedings.

The Minister urged them to learn some manners and return to their seats but they had already exited the auditorium.

They began crowding around the journalists who had not made a beeline for the refreshments tent.

On the way to the refreshments tent, many embarrassingly loud remarks could be overheard, such as “I have a title I’d like to give his mother,” and “This better not become an annual thing.”

Later in the day, the Prime Minister’s Office released a statement promising to observe the Day of Tolerance next year.

The statement added that despite the disruptions caused by some negative elements in the audience, the Prime Minister was committed to the bettering the lives of all minority groups in Pakistan, including his own.

When representatives of the minority groups invited to the event were contacted for a response they surprisingly offered no comment.