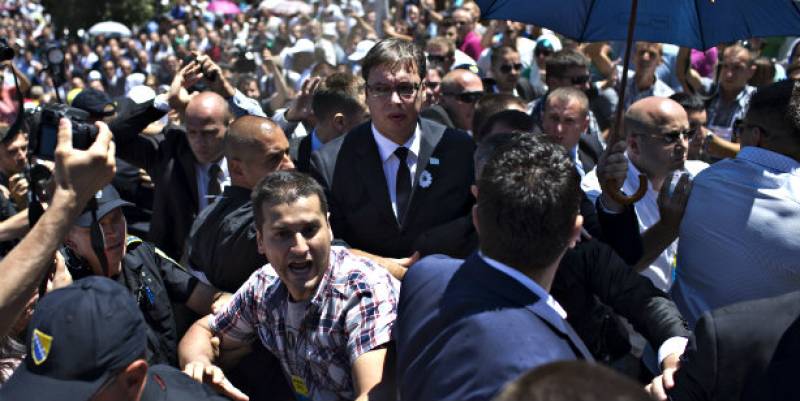 SARAJEVO (Web Desk) - While ceremonies commenced in Bosnia to mark the 20th anniversary of the Srebrenica massacre, Serbian Prime Minister Aleksandar Vucic came under attack and was forced to flee away a ceremonial for the victims.

Soon after he emerged from his car, crowds booed at him. Later a group of people chased after him yelling and throwing objects, forcing him to climb into his vehicle and flee, the CNN reported.

Vucic had just laid a flower at a monument for thousands of victims identified and buried there when the crowd started to chant 'Allahu Akbar' (God is Great) and hurled stones, forcing the prime minister to run for cover shielded by his bodyguards.

A group of women from the capital Belgrade, who have been campaigning for Serbia to admit its role in the slaughter, yelled "responsibility!" and "genocide!"

Someone threw a shoe, while others threw water bottles and other objects before the crowd eventually chased Mr Vucic away.

A few people carried banners with a wartime quote by him: "For every killed Serb, we will kill 100 Bosniaks."

Tens of thousands of people had gathered to mark the killing of around 8,000 Muslim men and boys by Bosnian Serb forces during the break-up of the former Yugoslavia.

Many Serb nationalists still refuse to accept it was a genocide. 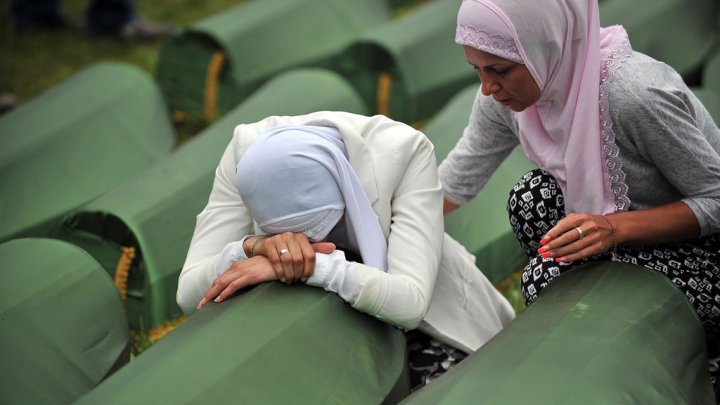 Twenty years ago, as the world stood by, an army massacred 8,000 Bosnian Muslim men and boys in a Bosnian town because of their ethnicity. It was a drop in a deluge of bloodshed that had gone on for three years. 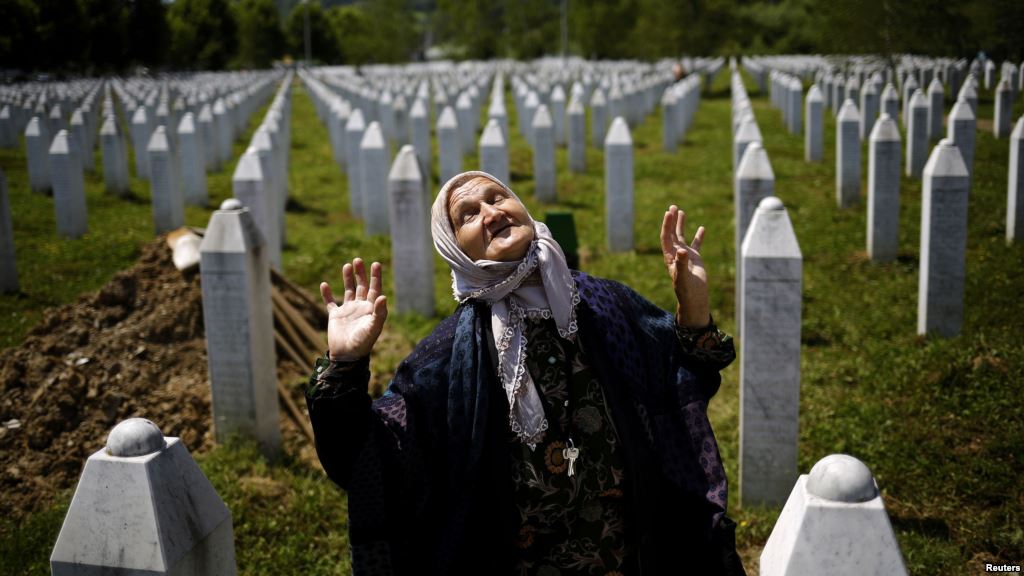 On Saturday, former US president Bill Clinton was part of a delegation that traveled there to commemorate the largest single atrocity in Europe since World War II, the Srebrenica massacre against the Muslim population during the civil war that tore former Yugoslavia apart.

The moment of heightened carnage pushed Clinton and other Western leaders to take action back then against a genocidal force the UN had warned for months might strike a very vulnerable spot.

Starting on July 11, 1995, for three days, the ethnic Serb forces gunned down Muslim boys and men in and around Srebrenica. The sight of their broken bodies dumped into mass graves, belongings lining roadsides, and carnage strewn across fields forced the world's eyes onto a broader campaign of ethnic cleansing.

"That awful act finally stirred all the members of Nato to support the military intervention that was clearly necessary," Clinton said in his address.

The extended slaughter of civilians, including children, women and old men in Bosnia-Herzegovina, had taken around 100,000 Muslim lives.

Weeks after Srebrenica, Nato jets bombed Bosnian Serb positions for two weeks in Operation Deliberate Force. The Serbs quickly surrendered, and months later both sides signed an accord worked out in Dayton, Ohio, establishing a peace that has lasted since.

But the bodies of the dead were barely covered as they sat in various spots, and searchers still work to recover and identify them.