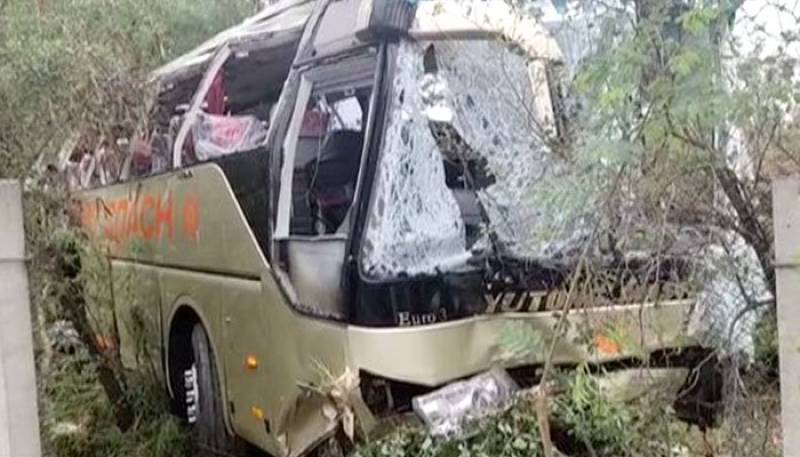 HASSAN ABDAL - As many as 13 people were killed and another 34 injured when a passenger bus turned turtle on motorway near Hassan Abdaal on Thursday morning.

According to media reports, the incident occurred at Brhama interchange when the driver lost control of the speedy coach due to the slippery road which caused the passenger bus overturned. The passenger bus was on its way to Lahore from Swat and

59 passengers were on board the bus when it met the accident.

According to the rescue teams, the injured have been shifted to hospitals of Hassan Abdal, Texila and Wah Cantt.