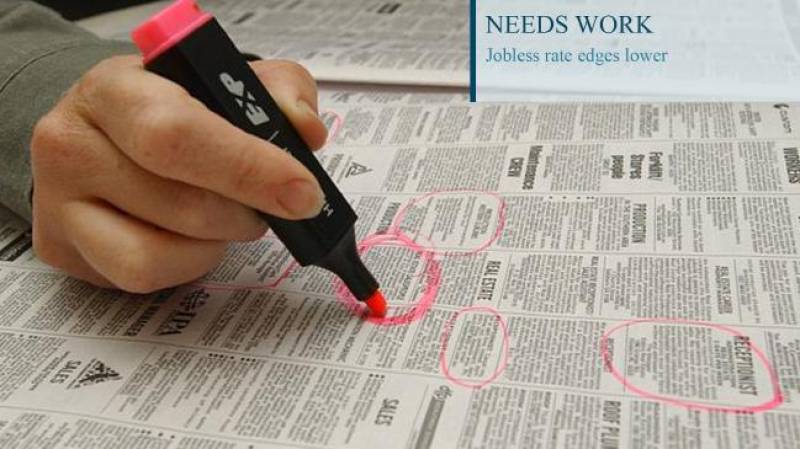 SYDNEY (APP) - Australia's unemployment rate fell to 6.0 percent in May, official figures showed Thursday, in a sign the economy could be starting to better adapt to the end of a mining investment boom.

Some 42,000 positions were added in the month, much higher than the 10,000 predicted by analysts, as the jobless rate ticked down from an adjusted 6.1 percent in April.

The increase in employment was driven by part-time jobs which rose 27,300 while full-time roles were up by 14,700, the Australian Bureau of Statistics said.

The seasonally adjusted May data was better than expected, with the consensus of economists having been that the unemployment rate would remain steady.

The Australian dollar jumped three quarters of a US cent on the news to 77.93 US cents.

"The 42,000 gain in Australian employment in May will no doubt add to claims that Australia's economy has weathered the end of the mining boom well," said Capital Economics senior Asia economist Daniel Martin.

"However, the reading almost certainly exaggerates the strength of the labour market, while the sharp drop in corporate profits over the last year suggests that far weaker employment growth lies ahead."

The fall comes on the back of data this month showing the mining-driven economy grew a stronger-than-expected 0.9 percent in the first quarter of the year as exports and consumer spending boosted growth.

Those figures reinforced a decision by the central bank this month to keep interest rates on hold after two cuts this year.

Martin said the fall in the unemployment rate, on the back of the strong growth numbers, would be taken by some as evidence that the economy was in good health.

"We disagree. A number of temporary factors propped up GDP growth in the first quarter, while the full impact of the terms of trade shock is yet to be felt," he said.

The Australian economy has struggled to fill the gap left by the end of an unprecedented boom in mining investment, which has helped it avoid a recession for more than two decades.