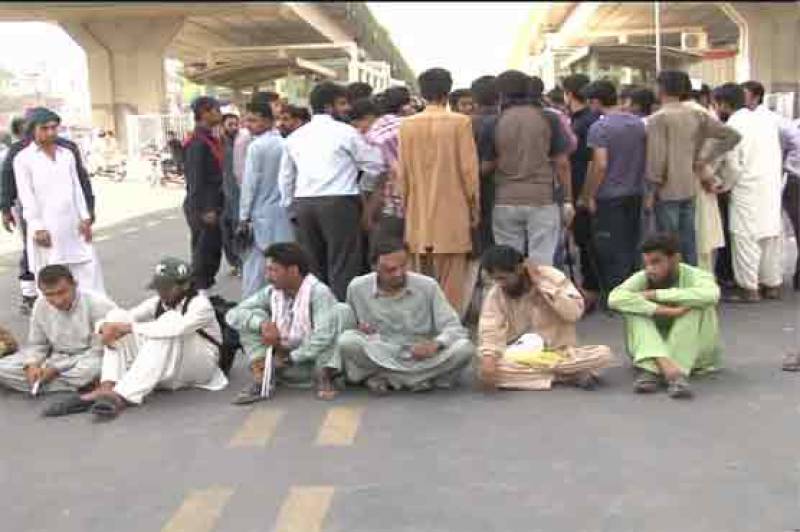 Due to their protest sit-in on the route of Metro Bus, the service was partially suspended in the city. The protesters are unwilling to go back until the acceptance of their demands, directly from Chief Minister Shahbaz Sharif.

The blind persons say that the Punjab government has neither assured them of regularisation of jobs nor issued any notification in this regard.

On Wednesday, the protestors ended their protest after talks with Punjab Law Minister Rana Sanaullah, however they returned to protest after not finding the assurance of ad hoc employees in the written agreement.